The main perpetrators of one of Germany's biggest child sexual assault rings have been found guilty after a months-long trial. More than 50 suspects have been linked to the crimes. 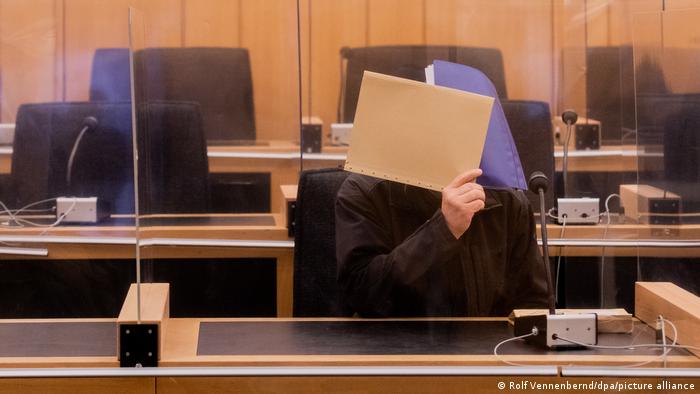 A court in the western German city of Münster on Tuesday found four men guilty of severe child abuse in connection with running one of the biggest sexual abuse rings ever uncovered in German history.

The trial of the leader of the abuse ring — known as Adrian V. — along with his mother and three other men, began in November 2020. Tuesday's verdict is one of the most important legal actions yet taken targeting the sex abuse ring.

The other three men are facing between ten and twelve years behind bars, likewise with preventive detention after serving their sentences.

The mother of Adrian V., who was tried as an accomplice, is facing up to six years in prison. She was accused of letting her son use her summer garden house for the assaults, allegedly knowing what was happening there.

Additional suspects are being tried in other cities.

In 2020, reports about a child sex abuse ring in the North Rhine-Westphalian city of Münster sent shockwaves across Germany.

An IP address led investigators to Adrian V., now 28. But it gradually became clear that the case stretched far beyond Münster, and that this was one of the biggest sexual abuse rings ever uncovered in Germany.

Police have so far identified more than 50 suspects, 30 of whom are in custody.

Adrian V. is the alleged ringleader of the network. He was accused of grievously sexually assaulting his partner's underage son repeatedly, filming the assault and distributing the videos.

He allegedly trafficked the sons of other ring members for abuse as well. 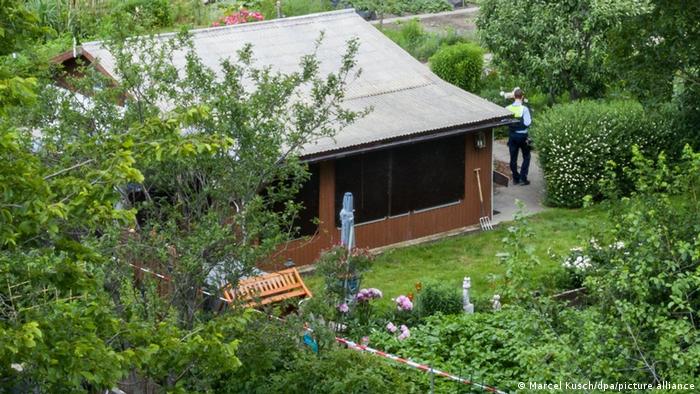 The World Health Organization (WHO) estimates that a million children and minors in Germany have suffered sexual violence. Most assaults are believed to go unreported. In 2020 German authorities registered some 14,500 cases of child sexual assault and over 18,000 cases of child pornography, which the state defines as depictions of sexual violence against children.

Before the Münster case, child sexual abuse rings in Lügde (2018) and Bergisch Gladbach (2019) had also made headlines in Germany. All three cities lie in the state of North Rhine-Westphalia, where the regional government had previously beefed up investigative units probing abuse cases.

"To date, North Rhine-Westphalia is Germany's only state to have done that," says Julia von Weiler of the NGO "Innocence in Danger," which raises awareness of sexual assault against children. "When more investigators are put to work, more cases are uncovered,” she told DW. That's why she believes that public shock at rising case numbers in police statistics is misplaced. "First and foremost, it's a good thing. It means more cases are being reported. And if authorities in other German states had the courage, they would likewise uncover more cases," von Weiler said.

How did police find the abuse ring?

Investigators initially had nothing more to go on than an IP address, used to send pictures of sexual violence against children. In April 2019, this IP address led the police to a farm. The system administrator there was Adrian V.

In the summer garden house and basement of his mother's home, authorities found hard disks with huge quantities of files ,which had been either professionally encrypted or deleted.

It took police a year to reconstruct the evidence of the assaults. With the files now usable, more and more suspects came to light. Most recently, in late June 2021 a man from Berlin, whose face was visible in the abuse videos, surrendered to authorities after police released a picture of him to the public. 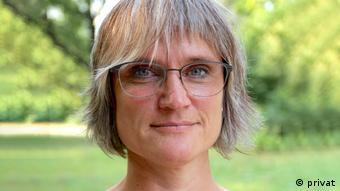 Activist von Weiler stresses the key role neighbors, family members and teachers play in such situations. "I get it: people don't enjoy facing up to these things. But looking the other way, closing your eyes and keeping silent protects only one person: the perpetrator. It certainly doesn't help anyone facing the violence."

When suspicions are raised, the first to take action are supposed to be the state's youth welfare and advisory offices.

"The youth welfare offices need to have enough qualified personnel to act on these kinds of suspicions adequately and professionally. But we're still miles away from providing that," von Weiler says.

What can policymakers do?

In addition to adequate personnel and technology for the police, von Weiler says youth welfare offices also need to be better staffed. But there, she points out, responsibility is often handed back and forth between federal, state and local authorities, and especially when costs are an issue.

"In purely economic terms it becomes especially expensive when we don't do anything," von Weller says. "When these children face the worst violence, they are profoundly traumatized with long-term effects, they don't finish school, cannot work, they are hospitalized, often in the psychiatric ward, and then it becomes even more costly for society."

Von Weiler has worked on the subject of sexual violence against children for over 30 years. "Some things have changed in Germany during this time. The topic is more talked about. But structurally, too little has been done.”

As recently as June 30, German President Frank-Walter Steinmeier warned that more needs to be done in the fight against abuse of children and minors in Germany.

In a speech to the National Council Against Sexual Violence against Children and Minors, he called on witnesses to not look the other way, and demanded better resources for victims and their families.

One of Germany's most senior Catholic clerics has offered his resignation to Pope Francis. He said in his letter that he wanted to take a share of responsibility "for the catastrophe of sexual abuse" by church members.