Germans want in on untapped Afghan resources | Asia| An in-depth look at news from across the continent | DW | 05.07.2013

Afghanistan is rich in resources. The first German-Afghan dialogue on natural resources aims to create perspectives for mineral deposits. But there are many obstacles ahead. 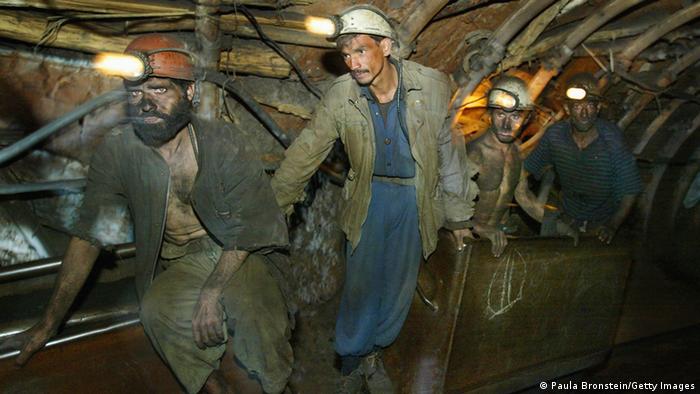 Afghanistan should no longer be equated with terrorism, but with natural resources. That, at least, is the aim of the first German-Afghan dialogue on resources, which takes place on Friday, July 5, in Berlin.

According to Afghan authorities, the country is in possession of over 2.3 trillion euros worth of natural resources. Among these resources are rare earth minerals, lithium, iron, tungsten, copper, lead, zinc, among others. It is especially lithium and rare earths which interest Germany as an industrial country. They are used, for example, in the manufacturing of turbines for wind energy. 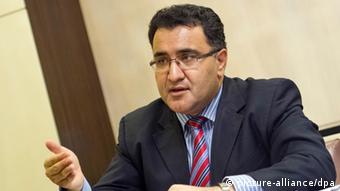 Wahidullah Shahrani is hopeful the law will bring about positive change

The Afghan Minister of Mines and Petroleum Wahidullah Shahrani and other Afghan government representatives are in Berlin to create a foundation for cooperation. Afghanistan can profit from its resources, says Shahrani, adding that Germany is one of Kabul's first choices in terms of economic cooperation.

"We have intensified our cooperation with Germany," he said, because the country is one of the largest buyers of minerals. "There are already a number of German consulting companies active in Afghanistan."

A breeding ground for corruption?

At the moment, Afghanistan's economy is very dependent on the agrarian sector. That is set to change. Shahrani believes that the resources sector could make up 40 percent of the country's GDP within a decade.

But there are obstacles. One of the largest problems is the rampant corruption. To avoid feeding into that, it would be important to make very careful preparations for Afghanistan to become an exporting country, said Zarghona Rassa of the Afghanistan Extractive Industries Transparency Initiative (EITI).

"Afghanistan is a country still in conflict. The security situation is not sufficient. We have 10 provinces in Afghanistan which are very rich in natural resources. But they're not all reachable," Rassa told DW.

"The capacities of companies working in these areas are not up to international standards. We work to raise awareness on how to use those resources in a proper way," Rassa added.

Andreas Dittmann of the Justus Liebig University Giessen is not very optimistic. The geologist says Afghanistan's untapped resource reserves have been known for decades - and are thus nothing new. They should not be overrated because neighboring countries have resources as well.

The sudden great interest in the resources, he says, has to do in part with showing that there is hope for the country beyond 2014. "The groundwork for new cooperation is being laid. There will be an increase in mining of rare earths, uranium and gold independent of whether or not ISAF is present or not." 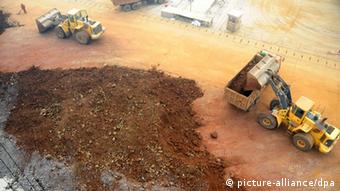 Rare earths are vital in computer and smartphone technology

Dittmann said he thought it was a good idea to invest and bet on Afghanistan's potential, especially with its uncertain future regarding the NATO withdrawal. But that could have and possibly should have happened years ago, he added.

A further problem in getting Afghanistan fit to become an export nation is the inadequate infrastructure. Afghanistan has neither a rail system nor direct access to the sea, so investors will have to build the infrastructure themselves.

Dittmann therefore believes that investors shouldn't set their hopes too high: "There is not enough investment in infrastructure. Security is bad. One would have to invest in security as well as in extraction technology, and then, most importantly, one would have to negotiate passage rights for the resources with reliable partners."

Legal framework up in the air

The international community demands a legal and institutional framework for private investors in the natural resources sector. So far, there is no such framework. A new Afghan natural resources law is aimed at fixing that. It is a concession the South Asian had to make at the International Conference on Reconstruction Assistance to Afghanistan in Tokyo in 2012 in order to receive development aid after 2014.

However, the first draft bill failed. The new one has been ready for parliament's perusal since May this year. But it has yet to be passed. Minister Wahidullah Shahrani is sure that it will go through before the summer break. He is hopeful the law will bring about many new, positive changes:

"The mining law is very important, it has got all good provisions that you want to see in a law, like transparency [...] the involvement of the communities in every mining project. The new law gives the investors the right level of confidence. We have got a very strong provision that whoever gets the exploration rights, will also do the exploitation."

The minister was trying hard to attract interest from investors, according to Javed Noorani of the civil society organization Integrity Watch Afghanistan. "First the government could give contracts on a first-come-first-serve basis, and second one exploration and exploitation licenses could be granted in one package. Those issues were very controversial, the cabinet took four months to discuss it and finally send it to the parliament."

Controversial, according to Noorani, because a number of officials fear Afghanistan's resources will be looted and that the country's sovereignty over them will be compromised.

If the law becomes effective, a number of investors are expected to sign contracts with Afghanistan worth billions of euros. There is already interest from India, the United Arab Emirates, the US, Canada, Great Britain, Poland and Turkey. Germany does not want to be left behind; hence Friday's meeting on resources. An international conference is soon to follow.