Twenty years after Germany opened the former East Germany's secret police files, the extent of the country's internal espionage is still astonishing. Some were shocked by what they found, others relieved. 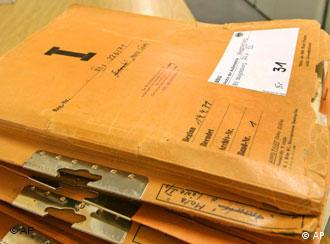 Some three million Germans have visited the archives

Around 1.6 million photos, slides and negatives augmented the files that filled 111 kilometers (69 miles) of shelves. Together with 15,500 bags of shredded spy documents, the archives reveal just how extensively East Germany's secret police, known as the Stasi, kept tabs on about six million people - more than a third of the country's population when the government collapsed in 1990.

On January 2, 1992, in compliance with Germany's new Stasi Document Law, the Stasi Archives in Berlin were officially opened to the public - especially to former East Germans curious to see their files. The law also provided for background checks on civil servants to determine the extent of their participation in the regime.

In the gazes of the Stasi

Author and poet Lutz Rathenow, and state commissioner for Stasi documents in the state of Saxony, was one of the first to visit the archives the day they opened. Due to his criticism of the East German state, Rathenow was a target of Stasi espionage for a long time. Rathenow was arrested for his critical remarks in 1976, and the next year, three months before he was to take his final exams in German and history, Rathenow was thrown out of the University of Jena. 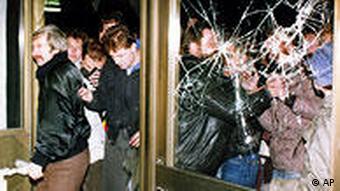 Demonstrators stormed the Stasi archives in 1990

"I waited fervently for that day, January 2, 1992, when the truth would finally become public," Rathenow remembered. In the months leading to the archives' opening, Rathenow and the expatriated East German musician Wolf Biermann were heavily criticized in the media for doubting that author Sascha Anderson had served as a Stasi informant.

From that day on, the 59-year-old Rathenow says he felt a wave of relief. "Had that day not come, many lives of former dissidents would have been destroyed because the rumors or plots to destroy their reputation couldn't have been revealed as such," said Rathenow, one of nearly three million citizens to have visited the archives, along with numerous journalists and scholars.

Civil rights activist Ulrike Poppe was another former citizen who came on the opening day to see her file. She remembers being amazed by the sheer immensity of the files.

"They put nearly 40 files in front of us in which I found detailed "reports, surveillance logs and plans to tarnish [my] reputation," said Poppe, who today serves the state of Brandenburg as commissioner for "coming to terms with the effects of the communist dictatorship."

"There were many more [informants] than I had suspected," she said. "The frequency of the surveillance and the hundreds of logs amazed me."

Poppe learned that a camera had been installed across the street from her house "so that everyone who entered our house was recorded." 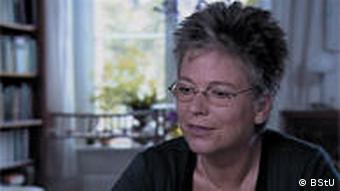 Poppe was amazed how often she had been spied on

Poppe also read the Stasi's plans to destroy her. "For the first time, I saw how they systematically discredited people's reputations, organized professional failures and planned break-ins into people's apartments."

Rathenow vividly remembers the variety of reactions on that first day the archives were opened.

"Tears poured at one table," Rathenow remembers. At the table sat Vera Lengsfeld - another opponent of the communist regime, today a politician in Chancellor Angela Merkel's governing Christian Democrats. She had just learned that her then-husband had been an informant against her.

At another table, meanwhile, Rathenow heard laughter as those reading scoffed the poor grammar of some of the Stasi's informants.

Rathenow surprised himself by feeling sympathy with his own spies: "I noticed that many of them sent out against me had qualms about it and didn't report back everything to the Stasi," he said. "I actually forgave them as I read."

Rathenow was also relieved to find his close friends had not been informants. "That was in itself a positive experience," he said. "I experienced these files more as evidence that they hadn't betrayed me. Seeing the files even cleared two or three people I had suspected."

Ulrike Poppe's experience was similar. "In the previous months I had received reports about which of my friends were Stasi informants. But I found even more people had withstood pressure from the Stasi and said no."

Poppe said that seeing her files did not make her more suspicious than before. "We were always suspicious in the GDR in general. I knew how skilfully they recruited informants," she said. "Today I am more trusting because I know that that time is over."

'It can't just be wiped away'

For Rathenow, the story is not quite over yet. 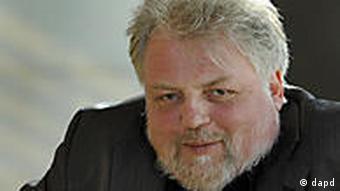 "The files must remain open so that people can gain closure on the GDR chapter [of Germany's history]," he said.

"It's not a stain you can just wipe away," said Rathenow, who predicts that it will take until 2035 or 2036 for Germany to fully process what took place.

"To understand the motive of the GDR system, one has to read the files," he said.

In the state of Saxony, Rathenow offers educational programs for schoolchildren and teenagers so that the "evil side of the system" is not forgotten with the new generations.

Poppe finds she also has a great deal of work to do in her state of Brandenburg. "The majority of Brandenburgers are still interested in the history," she said. "Most of them are also opposed to former Stasi employees working in the civil service."

Poppe says Brandenburg schools continue to show interest in material on the Stasi they can teach to students.

"There's never going to be a point in history where you can say, 'Now we've come to terms with it all.' "

The commissioner for the Stasi archives, former East German dissident Roland Jahn, takes stock of the agency's work 20 years after it was founded. He spoke to Mario Dobovisek of public radio station Deutschlandfunk. (29.12.2011)