With Poland's signature on the Lisbon Treaty in the bag, there is just one left to collect. But that is easier said than done, as the president of the Czech Republic appears at pains to demonstrate. 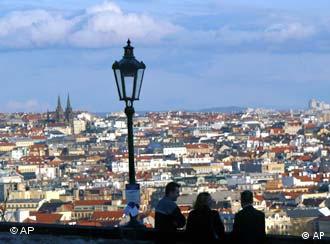 Vaclav Klaus wants a guarantee that Czech property remains such

Euroskeptic Czech President Vaclav Klaus chose his moment well. Just hours before Poland became a signatory to the much-talked about European treaty, he managed to keep the union's eyes on him by saying he would not add his name to the pact until he was satisfied it will not destabilize national property rights.

Klaus is concerned that the European Charter of Fundamental Rights, part of the Lisbon Treaty, could allow the three million Germans expelled from Czechoslovakia at the end of the Second World War to reclaim property confiscated from them at the time.

The issue came up after the fall of communism, but the Czech courts have thrown out claims brought forth by expellees, and Klaus is clearly prepared to go to great lengths to prevent an upsetting of that particular apple cart.

But in so doing, he is attracting much negative attention, and winning no EU popularity contests.

Although relations between Germany and the Czech Republic - which border one another - are essentially quite good, Klaus's latest demands have met with criticism in Berlin. 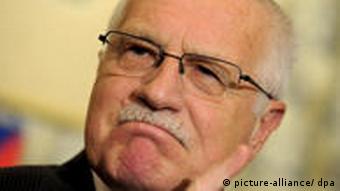 Christian Social Union (CSU) member and parliamentary secretary for defense, Christian Schmidt, told the dpa news agency that it was unnecessary to play the German expellees card and that there is already a European convention of human rights.

"Everything that concerns the Lisbon Treaty has been negotiated," Schmidt said. "To come now, shortly before the end game with new demands, leads to the impression that he only wants to delay."

If they can, so can we

But Klaus insists it is his right to demand a binding guarantee that prevents expellees from using EU laws to circumnavigate the Czech judicial system.

He cited Britain and Poland, both of which negotiated an opt-out before the pact was signed at the end of 2007 - Britain over fears that collective bargaining rights could lead to increased strike action, and Poland in order to protect the values of a deeply Catholic society - saying he wanted something similar for his country. 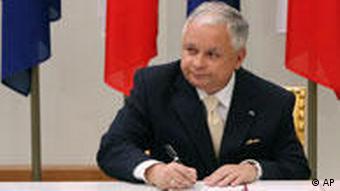 Polish President Lech Kaczynski signed the treaty at the weekend

"I am convinced that the Czech Republic must at least post facto negotiate a similar exemption," Klaus told reporters, adding that he thought a "non-standard" procedure could get the job done quickly.

In order to try and convince the rest of the EU to accommodate his wishes, the Czech president would first have to submit a proposal.

The easier way forward could be to have EU leaders approve a declaration which is not intrinsically a part of the treaty, such as they did when Ireland asked for a guarantee that the Lisbon Treaty would not interfere with laws on taxes and abortion.

But Ladislav Jakl, an aide to Klaus, poured water on that idea on Czech television on Sunday. He said the president would "not be satisfied by any declaration but only guarantees for every citizen," adding that the condition was "fundamental, necessary, unbreachable."

It is certainly problematic for the EU that Klaus has waited until this late stage in the ratification process to ask to see it tweaked in his favor.

What happens next will depend to some degree on the Czech parliament which is scheduled to meet on Monday to discuss the latest spanner the president has thrown into the ratification process works.

German Foreign Minister Frank-Walter Steinmeier said he was "delighted" that the Polish had signed the EU's reform treaty, describing Warsaw's move as the "penultimate step" toward the treaty's implementation. (11.10.2009)

With the fate of the EU resting in the hands of the Czech Republic, the country has become the focus of media attention. But as it parades in the limelight, the young democracy cannot hide its many troubles. (07.10.2009)

The EU's reform treaty has faced one hurdle after another, but, slowly, each issue has been resolved. Now the Czech president has raised another obstacle and the bloc's presidency is not impressed. (08.10.2009)