Had Hitler won the war, his plan was to transform Berlin into Germania -- the city he planned with architect Albert Speer. A film, a tour and the twists of time have conspired to create new interest in his evil vision. 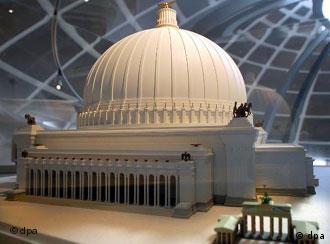 Speer's "Great Hall" would have dwarfed the Brandenburg Gate

Berlin bears many historical scars, but only a few point to the maniacal vision of its future harbored by Adolf Hitler and his chief architect, Albert Speer: A few spots where roads were widened in preparation for the central axis of Germania; a few traffic tunnels that have since been filled in; some streetlamps designed by Speer which survived the war intact.

The rest is all ideas -- miniature models, sketches, blueprints. Germania, with its imposing concrete monstrosities, its monuments to a victory that never came, was swallowed in the rubble and ash that covered Berlin in 1945.

There are only a few examples of Nazi architecture left standing today to give visitors a sense of what Hitler's ideology of hate and domination looked like when rendered in concrete and stone. 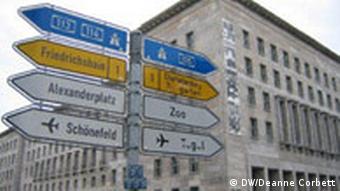 One of them is the building currently housing the Ministry of Finance (photo). It's no accident then, that this is the starting point for a new city walk entitled "Capital of the Reich, Germania -- Destructive Visions" offered by tour operator Stattreisen Berlin.

Guide Hartmut Kappel immediately addresses one of the questions foremost in the minds of the 20 people who gathered on a Sunday afternoon in search of Germania: How do you conduct a tour where you can't really show people anything?

The walk led the group through central Berlin, along the axis where Hitler planned to build his mammoth new "Chancellery of the Reich," as well as a huge victory arch designed to dwarf the Arc de Triomphe in Paris, and Germania's crowning glory, the Große Halle, or "Great Hall." The structure was intended to accommodate a million people, and was capped with an impractically large dome that would have been over 200 meters (700 feet) high and 250 meters (800 feet) in diameter.

As if to underscore the insanity of the plans, Kappel took the tour participants past an unassuming parking lot in front of a late-GDR era apartment complex. The area beneath the parking lot, he explained, was the site Hitler's bunker -- the place where his vainglorious imaginings of the Thousand Year Reich and the new "World Capital Germania" took their final, undignified end. 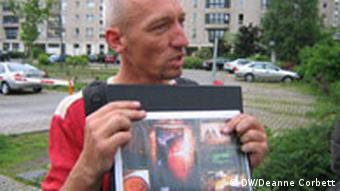 "I don't sensationalize this aspect of the tour," said Kappel. "It's a conscious decision, because the personal tragedies that unfolded don't have to do with the topic, which is: Why did the Third Reich exist, and how was it possible?"

Still, Kappel acknowledged that there is a persistent fascination about all things connected with the Third Reich, and of late, a resurgent interest in the relationship between Hitler and Germania's architect, Albert Speer.

The interest can partly be explained by the showing on German public broadcaster ARD of a new three-part movie, "Speer and He," examining that relationship. Kappel said that Stattreisen planned its Germania tour to coincide with the media coverage of the film. 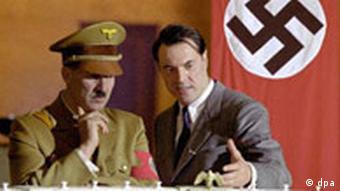 "Speer and He" takes a critical look at Speer's role in the darkest chapter of German history. How much did he know about Hitler's plans to rid Europe of Jews, and to what extent did he manipulate his legacy after the war?

Though he expressed remorse during the Nuremberg trials, Speer always maintained that he knew nothing about the Nazis' crimes against the Jews. He was one of a handful of leading Nazis (including Rudolf Hess) to escape execution following the trials, serving a 20-year prison sentence instead.

The director of "Speer and He," Heinrich Breloer, makes it clear that Speer was more deeply implicated than he claimed. The film concentrates on Speer's plans to evict thousands of Jews from their Berlin homes to clear building space needed to realize Germania.

"He was more than just a cog in the works," said Breloer. "He was not only entangled in the works, he was the terror itself."

Academy of Art comes back home

Part of Speer's defense was that he cooperated with the Nazis in order to fulfil his dream of becoming a great architect. He pursued this dream in the building that, until 1937, housed Berlin's Academy of Art. Speer and his staff took over the space on Pariser Platz that was once the heart of Germany's intellectual, artistic community, and it was there that he developed and exhibited the models for Germania. 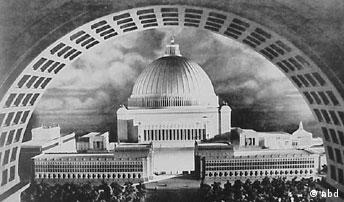 The view through Hitler's planned victory arch would have centered on the "Great Hall."

On this same location this past weekend, German dignitaries gathered to set right a mistake of the past, officially opening the new Academy of Art as a place where artists can be as political as they like without fearing the kind of censure the Nazis routinely imposed on "dissidents."

The Nazis left a lasting imprint on the Berlin landscape, with ministries, airports and even bunkers in their signature bombastic style. Many of the buildings are still in use today. (May 8, 2005)

A luxury hotel is about to open near the spot where Nazi dictator Adolf Hitler once relaxed. Resort officials hope that fancy spa treatments and an exhibit about the Nazis will help overcome the shadows of the past. (Feb. 8, 2005)