Nazi Past Lives on in Berlin′s Buildings | Culture| Arts, music and lifestyle reporting from Germany | DW | 08.05.2005

The Nazis left a lasting imprint on the Berlin landscape, with ministries, airports and even bunkers in their signature bombastic style. Many of the buildings are still in use today. 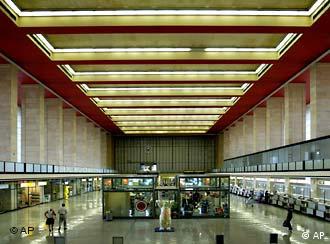 Tempelhof Airport: a prime example of the architecture of the Nazi era

Adolf Hitler wanted to make Berlin the capital of the world under a master plan drawn up by the Nazi regime's architect, Albert Speer, which was due to be completed in the 1950s.

In the center of this metropolis organized around a north-south axis and an east-west axis, was to have been a circular domed hall 320 meters (1,050 feet) high, lined with columns in the style of ancient Rome. The building, intended to be a temple to the cult of Hitler, would have been big enough to contain 180,000 people. With World War II lost, the idea for the dome died along with Hitler in 1945.

But in 1936, a number of giant structures erected by the Nazi regime were unveiled, and they continue to play an integral role in Berlin city life today. 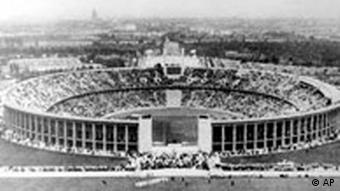 The metal and glass Zoologischer Garten rail station remains a key transport hub and the imposing Olympic Stadium, built for the 1936 Summer Olympics, in which black American sprinter Jesse Owens won four gold medals and made a mockery of Hitler's desire for an Aryan "master race," will host the 2006 World Cup football final.

Also unveiled in 1936 was the Waldbühne open-air arena, which still welcomes the biggest rock and pop acts to the German capital.

The aviation ministry, the first government building built by the Nazis, opened that year too. A series of austere blocks housing 2,000 rooms with identical small windows, it miraculously escaped the intense bombing of the final months of the war in 1945. Four years later, the building was the venue for the signing of the constitution underpinning the communist German Democratic Republic and now, in reunited Germany, it is the home of the finance ministry.

Further to the east of Berlin lies the Nazis' Reichsbank where the valuables seized from Jews were stored. After the postwar division of Germany it became the headquarters of the central committee of East Germany's Communist party and today hosts the foreign ministry, although some of the German state's gold reserves are still kept in safes there. 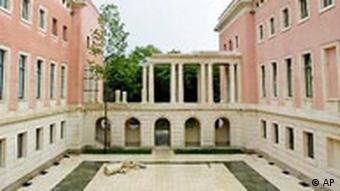 The Italian embassy was originally built by German architect Friedrich Hetzelt in 1938 and was rebuilt by Italian architect Vittorio de Feo. The broken columns are damaged remains from World War II and were left sitting on the ground as part of the architectural concept.

The list of buildings constructed under the Nazi regime which are still used for their original purpose is also lengthy: Tempelhof Airport and the embassies of Japan and Italy (photo), to name but a few.

And the "Grosser Stern" square in the center of the Tiergarten Park was enlarged in 1938 and the column commemorating Germany's victory over France in 1871 was moved from the grounds of the Reichstag parliament building. It still towers over the park today.

Hitler's bunker has been sealed

One building the German authorities want no one to see is the bunker where Hitler committed suicide on April 30, 1945. Today the site, a few hundred yards from the gleaming cinema, retail and office complex on Potsdamer Platz, is hidden and there is pointedly no plaque to mark the spot. 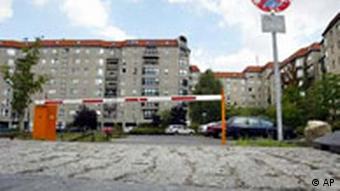 The site of Hitler's bunker in Berlin

Also built in 1936, near the old chancellery, the bunker comprised 30 small rooms which were so small "you could hardly fit in a chair for a visitor," as Rochus Misch, one of the SS guards in the bunker, recalled. Plans to open the site to the public never got off the ground, possibly because of fears it would become a shrine for neo-Nazis. Once the Berlin Wall fell in 1990, the adjacent bunker of accommodation for Hitler's drivers was unearthed under the former no-man's land around the wall. It also has been sealed.

Dietmar Arnold, a historian for the "Berlin Underworld" group which organizes visits of underground attractions in Berlin, said the bunkers should be opened up as memorials.

"There is no place in Germany where the spirit (of the Nazis and their crimes) is better preserved," Arnold said.

While Hitler and his top commanders ensured they were protected from bombing, the program of building bunkers for civilians only started in 1940. However, just one year later it was decided to only build bunkers above ground because it was cheaper. More than 1,000 were built and the remains of around 350 can still be seen dotted around the city. 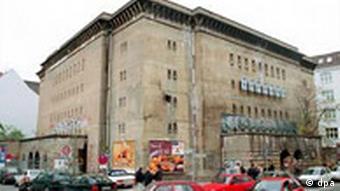 Formerly the site of a techno club

One of the last intact surface bunkers was used to store fruit and vegetables after World War II. Nicknamed the "Banana Bunker," its cavernous interior later served as a techno music club and an exhibition space.

Meanwhile, while the bunkers are sealed, the remains of the arguably more sinister headquarters of the Gestapo, the Nazis' secret police, are on full display to the public, with chilling photographs recalling Hitler's reign of terror.

Despite their strong architectural tradition, very few Germans get to build important projects abroad. But at this month's architecture biennale in Venice and at similar events, they're trying to change that. (Sept. 9, 2004)

The Architect Who Flirted With Fascism

Philip Johnson, who died this week at the age of 98, might be acknowledged as one of the most influential architects of the 20th century, but he never quite lived down his reputation as a Nazi sympathizer. (Jan. 28, 2005)

Shanghai is often described as the biggest building site in the world. Architect Albert Speer, Jr., has risen to the challenge, and he's put an uncomfortable family connection behind him on the way. (April 20, 2004)