An initial German military contingent of two reconnaissance jets and support troops has landed in Turkey as part of the anti-"Islamic State" coalition. More forces are on the way. 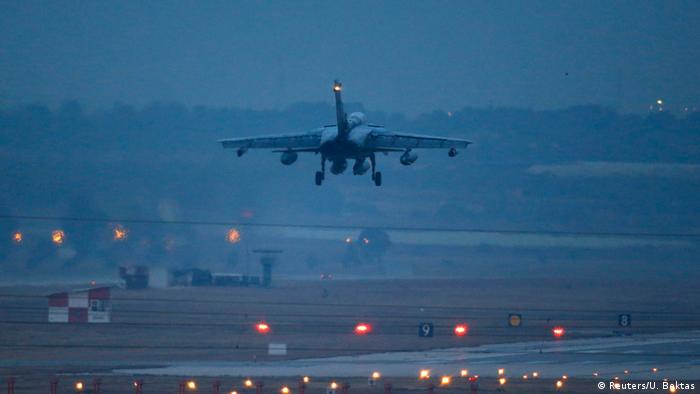 The first German Tornado reconnaissance planes landed at Incirlik airbase in southern Turkey on Thursday, along with an advance contingent of just under 40 personnel.

The two Tornado reconaissance aircraft left their airbase at Jagel in the state of Schleswig-Holstein earlier in the day. Six of the planes will be based at Incirlik to take part in operations against the self-styled "Islamic State" (IS).

Personnel from the 51st squadron took off ahead of the Tornados, aboard an A400M transport aircraft.

"We are aware of the risks and have adjusted pilots' training accordingly; We are prepared," Lieutenant Colonel Jörg Langer told German broadcaster ZDF, adding that the Tornados were equipped to defend themselves if they came under threat. The missions are strictly non-aggressive in nature, owing in large part to Germany's broadly pacifist post-war constitution.

The surveillance aircraft can take photographs and infrared images - which can be transmitted to ground stations in real time - at night and in poor weather. The first reconaissance missions are to begin in January.

An A310 MRT aerial refueling jet also left the Cologne-Wahn airbase on Thursday.

Germany's lower house, the Bundestag, voted for the deployments last Friday with as many as 1,200 Bundeswehr personnel to be deployed. Soldiers will serve as support troops to Germany's mission in Turkey and elsewhere, including Qatar and Kuwait. The operation, in support of France, comes in the wake of the November 13 Paris attacks. 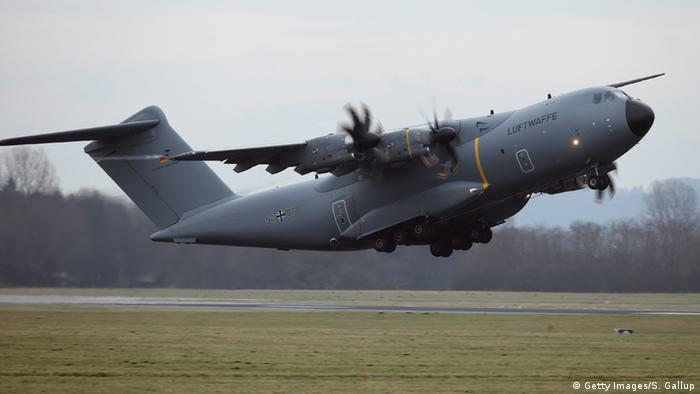 Support personnel took off from the airbase ahead of the Tornados, on an A400 aircraft

Berlin has also deployed a frigate, the Augsburg, to the southeastern Mediterranean to support the French military. The Augsburg, carrying some 230 personnel, began accompanying the French aircraft carrier Charles de Gaulle on its journey through the Suez Canal to the Persian Gulf. From there, France aims to carry out further airstrikes against IS.

The Augsburg had previously been involved in Operation Sophia, which aims to combat people smuggling in the Mediterranean.

French authorities have named the third attacker involved in the shootings in Paris on November 13. The man, a French citizen, reportedly spent time in Syria prior to staging the attack. (09.12.2015)

Brexit: UK to restart trade talks with EU after threatening to quit 37m ago