An investigation into cases of sexual abuse in the German Archdiocese of Munich and Freising, where Pope Benedikt XVI was once archbishop, has revealed a "systematic system of cover-up" and a lot of missing paperwork. 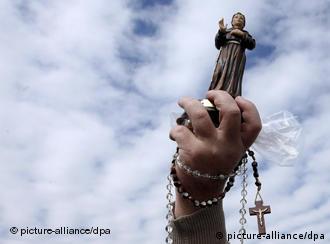 The study was commissioned to try to air some dirty laundry

Germany's Catholic Church systematically covered up cases of sexual abuse within its own ranks for several decades, according to an expert study commissioned by the Archdiocese of Munich and Freising.

The lawyer heading up the investigation, Marion Westpfahl, said at a press conference on Friday that the available records pointed to huge gaps in the documentation between 1945 and 2009. She added this hinted strongly at a "systematic system of cover-up," in which few abuse cases were criminally prosecuted.

"Only 26 priests were convicted for sexual offences," Westpfahl explained to reporters, saying she found 365 files containing evidence that "acts of abuse had taken place in an almost commonplace manner."

"We have to assume that there is a large unknown number [of abuse cases]," she said. "We are dealing with the extensive destruction of files." 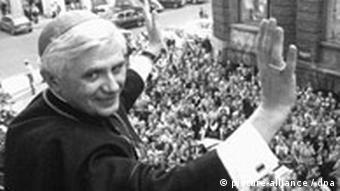 The victims' suffering often remained a mystery, she said, as the reports usually discussed abuse in coy euphemisms.

Westpfahl also said that the period of 1977 to 1982, when Pope Benedikt XVI - then Archbishop Josef Ratzinger - headed up the archdiocese, was particularly poorly documented.

In this timeframe, she only found one document, regarding an abuse case. Ratzinger had dealt with the case himself, ordering that an abusive priest be removed from his parish, she said.

Westpfahl praised the church for giving her free reign in her research, a task to which she was assigned by current Archbishop Reinhard Marx.

"For me, these were surely the worst months of my life," Marx told reporters on Friday. "I felt shame, grief and dismay. As a church, we ask forgiveness for those things done by our church employees."

The Archdiocese of Munich and Freising was one of the worst hit in Germany during the wave of abuse accusations that swept across much of Europe in 2009, and Westpfahl's report was commissioned in response to the allegations.

Condoms may sometimes be justified to stop the spread of AIDS, Pope Benedict has said in a new book by German Peter Seewald. He said the comments were not intended to weaken the church's stance on contraception. (21.11.2010)

The Catholic Church must discuss issues such as priestly celibacy, said the head of the church in Germany, Archbishop Robert Zollitsch, who also confirmed compensation would be paid to victims of clerical sexual abuse. (24.09.2010)