German students get to grips with Korean

Not much is known about Korea in Germany. Most Germans know that the country is divided; they might even know what kimchi and taekwondo are but it does not usually go much further. Some young Germans want to know more. 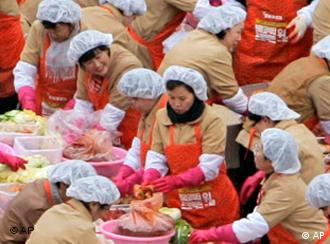 What pushes a German to study Korean? There are all kinds of reasons, says Daniel Lindemann, who is 24.

He studies Korean at Bonn University. He has been interested in Korea ever since his 16th birthday.

"My uncle gave me an illustrated book about Korea. There were lots of great photos and explanations about the culture. It awakened my interest." 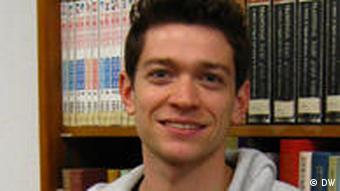 "Korean is not that hard"

Daniel Lindemann has one more semester to go. He says that Korean has not been that difficult for him and says "you can start having and understanding conversations within a relatively short amount of time. I don't think it's particularly hard – it's a foreign language just like any other. In any case, it can be learnt."

Korean pop culture is very popular in other Asian countries, especially the television series and the many boy and girl bands.

One of Daniel's favorite shows is the historical television drama "Chuno", which means slave hunt and is about a time when slavery was part of Korean life. He watched it on the internet last year and says that "interest has grown among the young generation. Not all over society yet but it is increasing."

Jan Janowski is 25. He did Korean Studies at the Free University in Berlin and for two years he has been in Seoul, where he studies political science at Korea University. He explains that he had a friend who was Korean at school – he liked the sound of the language with the different tones. 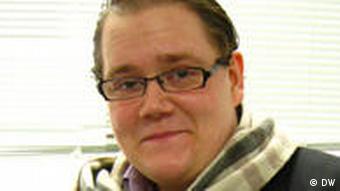 Jan Janowski studied Korean in Berlin before moving to Seoul

Although he was not sure whether he should study Korean at university, he decided to throw himself in at the deep end. He has never regretted his decision and thinks that "what's interesting about Korea is simply that there are so many aspects. Especially because we do not know that much about Korea and therefore it is fun to make these big discoveries for ourselves."

But Jan adds that it is important to have an adventurous spirit to really get into Korean Studies.

After university, many German students of Korean continue their research or find jobs with Korean businesses based in Germany. However, Jan Janowski says there are far more opportunities for these Germans in Korea itself.

Apart from studying, he also works for the Korean tourism organisation, the KTO, and often does translation work. He says there are many Germans who are doing well in Seoul thanks to their Korean Studies degrees.

He cautions that it makes little sense to go to Korea unless one is really interested in the language and culture.

Amidst global insecurities in the job sector and high unemployment among graduates, China is looking for ways to beef up the education system. But many are critical, saying the Chinese system is tough enough on kids. (25.02.2010)

India will soon be opening up its education sector to foreign universities and allowing them to open up campuses. Top institutions such as Yale, Princeton and Cambridge are lining up to court Indian students on their home turf. (04.11.2009)

Changing Dialects Between the Two Koreas

North and South Korea have differences that go beyond politics and economy. Even their languages aren't quite the same. Since the two nations were split more than sixty years ago, their dialects have gone in different directions. And for thousands of North Koreans refugees, what their South Korean brethren speak these days, sounds a bit foreign. (23.03.2009)