Germany's "The Lives of Others," a searing look at life behind the Berlin Wall in 1984, under the constant gaze of the Ministry of State Security (Stasi), won the best foreign-language film Oscar on Sunday. 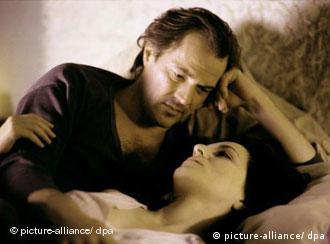 German Chancellor Angela Merkel hailed the win as "a fantastic recognition for this impressive film with an authentic German story. This sensitively made Stasi drama speaks to people with great urgency," Merkel said in a statement.

The film follows a top Stasi agent, played by Ulrich Mühe, who is assigned to keep tabs on a successful playwright (Sebastian Koch) and his live-in lover, a beautiful actress played by rising German star Martina Gedeck.

Merkel, who is the first German Chancellor who to have been raised in communist East Germany, said the movie had helped the country come to terms with the communist past.

Director Florian Henckel von Donnersmarck delivered the standard round of thank-yous to those who made the film possible, with a special word for Arnold Schwarzenegger "for teaching me the words 'I can't' should be stricken from my vocabulary."

The film follows a top Stasi agent, played by Ulrich Mühe, who is assigned to keep tabs on a successful playwright (Sebastian Koch) and his live-in lover, a beautiful actress played by rising German star Martina Gedeck.

In his first full-length feature, von Donnersmarck took his inspiration from a quote by Vladimir Lenin that he could not afford to listen to Beethoven because beautiful music might weaken his resolve to destroy any resistance to the Bolshevik revolution. 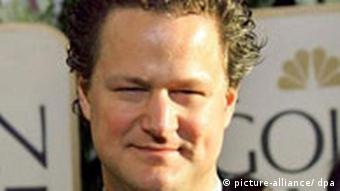 He said in interviews that this left him with the recurring image of a man who is listening to something but does not hear what he expects and comes away altered by the experience.

And so the spy sits alone, passively but jealously listening in on every intimate detail of the artist couple's relationship.

He starts pulling strings from the shadows, changing the course of their lives but also his own perspective as he starts to realize and doubt what he is doing.

The film, which picked up the European Film Award for best picture, was a box office success in Germany, where almost 18 years after its collapse the Communist era inspires a mixture of fascination, resentment and nostalgia.

The impact the Stasi had on people's lives is still a raw wound, and the release of certain files remains the subject of a protracted political debate. The dreaded secret service had more agents per capita than any other outfit of its kind in the world.

Von Donnersmarck, who was born in Cologne, West Germany, and raised around the globe, was lauded for recreating the drab, chilly atmosphere of Communist East Berlin, though some critics pointed to a number of irritating anachronisms.

Not only did the Stasi keep a file on him but he was able to bring valuable knowledge about the drama community behind the Iron Curtain to the project.

And in a case of art and life intersecting, Mühe has repeatedly accused his former wife, Jenny Gröllmann, of spying for the Stasi. Gröllmann was one of the most successful actresses in East Germany, and she bitterly contested her ex-husband's claims right up to her death last year from cancer. Their battle received widespread media attention while the film was showing in theaters.

Gröllmann eventually won a court order forbidding Mühe from calling her a spy.

Meanwhile, the apartment where "The Lives of Others" was shot has become part of the itinerary of a guided tour of famous film locations in Berlin.

Germany has made a strong showing in Oscar nominations in recent years, with the Nazi-era dramas "Downfall" and "Sophie Scholl -- The Final Days" in the running for the best foreign-language film in 2005 and 2006.

The country's last win in the category was in 2003, with "Nowhere in Africa."

The film outdid "After the Wedding," from Denmark; "Days of Glory" ("Indigenes"), from Algeria; "Pan's Labyrinth," from Mexico; and "Water," from Canada, to win the foreign-language Oscar.

DW-WORLD spoke with Florian Henckel von Donnersmarck about how it feels to be nominated for an Oscar for "The Lives of Others," his film about an East German spy. (25.01.2007)

The German movie "The Lives of Others" has been nominated for this year's Oscars in the "Foreign Language Film" category. (23.01.2007)

The East German spy drama "The Lives of Others" has been nominated for this year's Golden Globe Award for "Best Foreign Language Film." (15.12.2006)