The German government was quick to announce plans to widen data retention against terrorism in response to this month's attacks in Paris. But Berlin already collects far more telecom metadata than many suspected. 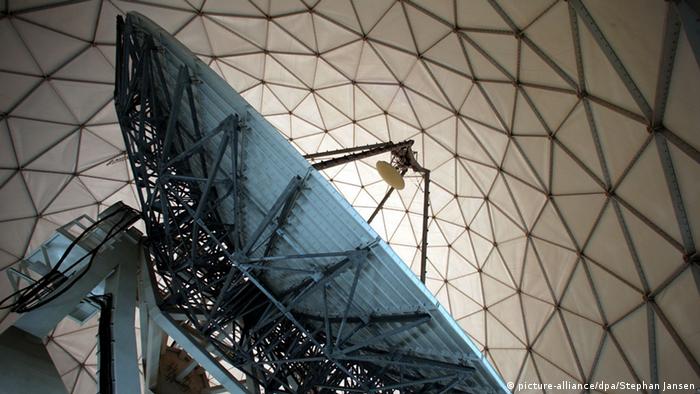 According to a journalist at German weekly "Die Zeit," writing with reference to "classified files," the German Intelligence Agency (BND) currently collects around 220 million pieces of metadata per day, far more than was currently thought.

Kai Biermann, who has covered the topic of mass surveillance by both the BND and international intelligence authorities including the British Government Communications Headquarters (GCHQ) and the US National Security Agency (NSA), wrote on Friday that German spies provided "at least part" of the data they acquired to the NSA.

Metadata includes the phone numbers involved in a call or text message, when a call was made or text sent and the length of the communication. It does not, however, include what was said during a call or written in a text message.

Quoting BND sources, Biermann wrote that German intelligence "reserves the right to collect metadata, regardless of the amount," of foreign telecommunications traffic. Collection of telecoms traffic of German citizens, however, violates national data protection laws. The report did not specify how German data was filtered, nor has the BND done so.

According to Friday's report, the BND stores 2 million pieces of such metadata, approximately 1 percent of its daily trawl of 220 million, for an extended period of "long-term analysis" of up to 10 years. The great majority of all the data, however, is discarded within two weeks of being collected.

A German government statement did not comment on the report. Deputy spokesman for Chancellor Angela Merkel, Christiane Wirtz, told journalists in Berlin on Friday that "nothing could be said with regard to the [Zeit Online] report." Asked whether German intelligence authorities had a leak, Wirtz said she couldn't speculate as to "where this report came from," adding that the German government took all necessary measures to ensure that classified documents were kept confidential.

International data privacy advocacy groups reacted with disgust to the revelations in the Zeit Online report, with Access Now calling on the BND to curtail its "collect-it-all mindset" in imitation of the NSA. 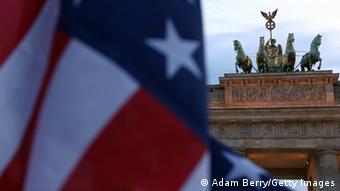 "This shows that they are just sucking up all that they can," Peter Micek, a policy counsel and telecoms expert at Access, told DW. "Unfortunately, what we do on our mobile phones is not going to be kept private until we get true international safeguards and agreements that privacy rights apply online."

Asked whether Merkel's alacrity to enhance surveillance in the wake of the Charlie Hebdo attacks was worrying, Micek referred to the lack of any evidence that mass surveillance has helped fight terrorism: "What happened in Paris was terrible, but now I think that officials are simply grasping at straws. Retaining more data on ordinary users - regardless on what level - is not going to solve our problems."

"The untargeted telephone surveillance being undertaken by BND is neither necessary nor proportionate and must be brought under control," said Eric King, deputy director of Privacy International.

"Saying that they are collecting personal information from non-Germans is no justification for this level of spying, and is an insult to the rest of the world," he told DW. "This practice has been roundly condemned by the international community, and cannot be tolerated."

Even after Paris: EU's planned blanket retention of air passenger data is 'wrong'

Ahead of an EU interior ministers meeting in Riga, German MEP Jan Philipp Albrecht tells DW that plans for blanket retention of passenger data are flawed and says we should invest less in computers and more in people. (28.01.2015)

A German parliamentary inquiry has been told that German intelligence fed America's NSA filtered data from an Internet hub in Frankfurt, after clearance from Berlin. The "Eikonal" project ended in 2008. (04.12.2014)