Karl Lauterbach, politician and health expert with Germany's Social Democrats, has said legalizing cannabis would protect users from dangerous impurities. However, police and teachers have spoken out against the idea. 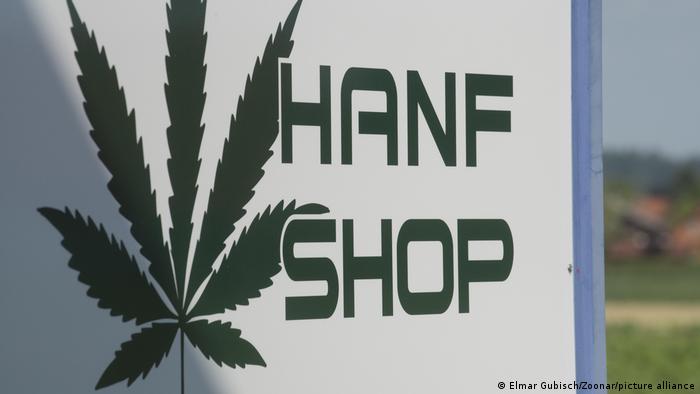 Some products derived from cannabis, such as CBD, are legal in Germany

Speaking with Germany's Rheinische Post newspaper, Lauterbach said, "I was against legalizing cannabis for years. But now, as a doctor, I have come to a different conclusion."

The politician said his change of heart was prompted by the fact that police now report finding other substances mixed into cannabis. Lauterbach said legalization would protect consumers.

"That is why I am in favor of formulating a new law on the legal and controlled distribution of cannabis to adults should a coalition contract be signed with the Greens and the FDP," Lauterbach told the newspaper.

Coalition negotiations between the SPD, Green Party and the FDP are ongoing, with many of those involved voicing optimism about the prospects of success in forming a government.

'Traffic Light' parties all in favor of legalization

All three of the parties have also voiced a certain level of support for legalizing cannabis. The Greens, for instance, proposed legalization in 2015 and 2020 as a way to dry up the country's illicit cannabis trade, protect youth, relieve police and courts of work, and free up resources the party said could be invested in prevention and therapy programs.

All three parties have also concluded that the current policy of prohibiting cannabis use is not working and have called for a new approach, namely legalization, decriminalization and regulation.

Furthermore, he added that the country was losing a lot of money. "If the state were to sell it officially, it would take in a lot in taxes, which it could then invest in prevention and therapy," he said.

In 2018, Düsseldorf-based economist Justus Haucap compiled a report estimating that the total sum of money saved (police and courts) and generated (taxes) by legalization of cannabis could total €2.6 billion ($3.01 billion).

Not everyone is high on the idea of legalizing cannabis

Still, not everyone is in favor of the idea. On Monday, German Police Union (GdP) Chairman Oliver Malchow told the Neue Osnabrücker Zeitung newspaper that it "makes no sense to open the door to the use of yet another supposedly harmless drug" beyond alcohol.

Malchow said, "we have to finally stop whitewashing" cannabis use, pointing out that consumption among youth especially, can lead to serious health and social problems.

Other critics include Heinz-Peter Meidinger, president of the German Teachers' Union, who told Germany's newspaper network Redaktionsnetwork (RND), "The example of the Netherlands shows that legalizing soft drugs also leads to a drastic uptick in the use of hard drugs. The line between soft and hard drugs becomes blurred."

"From a medical point of view, the legalization of cannabis must be clearly rejected." Montgomery told the Funke Media Group that he thought the issue of legalization was politically motivated.

Cannabis is by far the most widely used illegal drug in Germany, with nearly a quarter of all adults saying they have consumed it at some point.