German retail sales climb most in a year | Business | Economy and finance news from a German perspective | DW | 05.01.2018

German retail sales climb most in a year

Germans opened their wallets as the Christmas season started in November, providing a boost to the country's retailers and raising hopes that private consumption continues to support growth in Europe’s biggest economy. 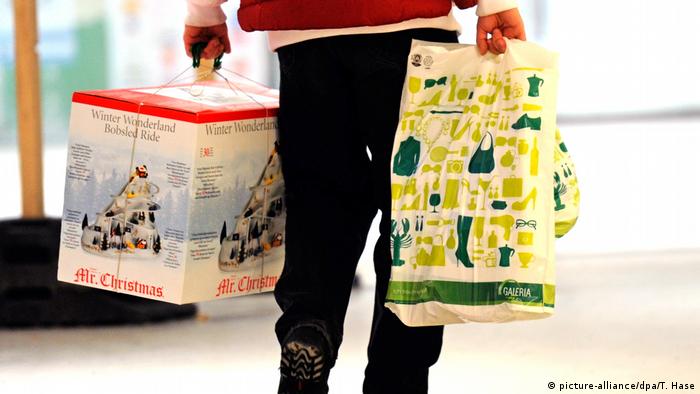 Read more: Black Friday is not coming to Germany, it's already here

The volatile indicator, which is often subject to revision, beat the consensus forecast compiled by news agency Reuters for a one percent increase and came after an upwardly revised drop of one percent in October.

On the year, retail sales climbed by 4.4 percent as Germans are still in a spending mood due to record-high employment, rising wages and low borrowing costs.

"The headline likely is flattered by Black Friday sales — which [seasonal adjustments] can't adequately cope with — and the fact that November 2017 had one more shopping day than in 2016," he said.

He also noted, however, that November figures were a "much welcome rebound" from those in October, making him more confident that overall German consumption may have recovered from a brief lull in that month.