Germany's current bestseller list is dominated by international crime fiction, from Simon Beckett to Stieg Larsson. Why do German readers love their thrillers so much? 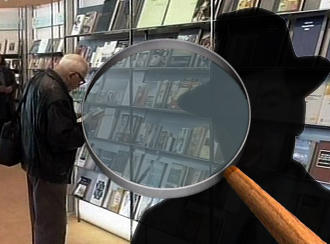 Every fourth book sold in Germany is a thriller, says the German Booksellers' Association. Retailers, meanwhile, put the figure even higher, estimating that detective novels make up half the fiction titles they sell and pointing out that these days, plenty of novels contain elements that traditionally belong to the thriller genre even though you won't necessarily find them on the thriller shelf. Be that as it may, Germans certainly love a bit of suspense.

What's the appeal? Manfred Sarrazin, who owns a bookshop that specializes in crime fiction in the Rhineland, says that readers have always been fascinated by two subjects: sex and death, the DNA of crime fiction.

He himself is a serial devourer of thrillers, who now spends his time hunting down the world's best noir fiction. Over the years, he's seen readers' interest shift from 'whodunnit?' to 'how did they do it, why did they do it, and will they get caught'?

In today's thrillers, he explains, "you know the identity of the serial killer and you know all about the policeman hot on his heels - the tension derives from not knowing how the killer will be caught." 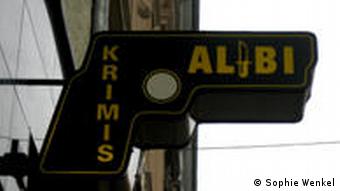 Olaf Petersenn is an editor at the Kiepenheuer und Witsch publishing house in Cologne. He believes that what makes crime fiction so compelling is that it shines a torch into the abyss of the human soul.

"What does crime do to people?" he wonders. "What drives people to cross certain thresholds? What happens when they do? What drives someone to devote their life to solving crimes? I think the appeal (of crime fiction) is that it explores the darker side of life, the side where evil lurks."

"Crime fiction serves as a channel for all the problems besetting humanity - problems that arise because a crime has been perpetrated," he explains.

And once a crime has been committed, it's time for a detective to spring into action. In most detective novels, the hero or heroine is a lone wolf, a melancholy and often brilliant mind who appears usually as a hardboiled inspector such as Swedish author Henning Mankell's Kurt Wallander, or a genius forensic pathologist à la Patricia Cornwell's Kay Scarpetta. 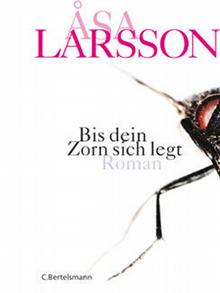 Swedish thrillers are currently a favorite in Germany

US crime writer Cornwell is one of the biggest names in the business, and not only on her home turf. Much of the crime fiction bought in Germany has been translated out of English, from Minette Walters to James Ellroy.

But Olaf Petersenn has detected a new trend: Increasingly, readers are buying novels by homegrown writers who use the genre to explore aspects of German society. It's a formula that appears to be growing in popularity.

"On the one hand, the trend among German readers is to global fiction, but on the other hand there's a burgeoning interest in regional novels featuring local investigators out in the sticks, which end up being portraits of a place, as well. Often this sort of thing works very well across the rest of the country. There are publishers who have published nationwide print runs of very local crime fiction."

Booming sales have inspired other writers to try their hand at a genre they might have turned their noses up in the past.

Manfred Sarrazin maintains that until not so long ago, many wordsmiths would have considered crime fiction too down-market to bother with. These days, its reputation has much improved, and readers appreciate how much research goes into ensuring utmost authenticity.

"If you're going to create a character such as a pimp and you want to give him an authentic voice, then you need to actually talk to one or talk to someone who knows one," says Sarrazin. "Otherwise it just won't be convincing."

The powerful US television industry dominates what's seen on many small screens around Europe. But the Roma Fiction Fest wants to prove there's a world of sitcoms and dramas beyond "Beverly Hills 90210." (09.07.2009)