The powerful US television industry dominates what's seen on many small screens around Europe. But the Roma Fiction Fest wants to prove there's a world of sitcoms and dramas beyond "Beverly Hills 90210." 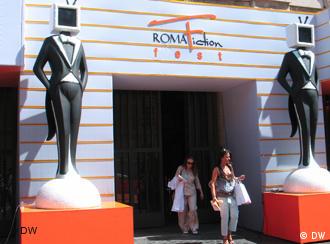 Innovative television shows, mini-series and documentaries are being produced all across Europe, from Italy to France to Denmark and points far flung. But still, the small screens in living rooms across the continent need diversifying.

Luca Milano of Rai Fiction, the Italian state network's production arm, says most stations broadcast international shows from the US and then a series of national fiction.

"This means that in Germany, they see German fiction, in Spain the Spanish, in France the French," Milano said. "It is still difficult to have a true European network of programs that are able to be seen by audiences elsewhere in Europe."

The Roma Fiction Fest taking place in the Italian capital this week wants to change this. Its aim is television without borders. International network executives and Romans alike are getting to take a TV trip to Germany, watching the mini-series "Buddenbrooks," based on the Thomas Mann novel about an aristocratic family's decline.

Then, they journey to Manchester to spend time with the dysfunctional Gallagher family from the British series "Shameless." Programmers are also checking out what's on TV in Spain, France, Iceland, Russia and other countries.

Language not a problem

The majority of the programs are Italian, though. The country's TV industry wants these programmers' to cast an eye over their offerings. In the past, networks have bought nearly all their programs at the Los Angeles screenings, where US shows debut. But Italy has something to offer as well, said producer Carlo Bixio. 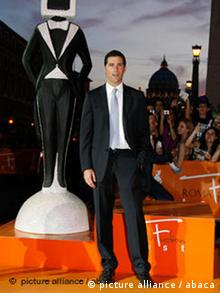 "It's a showcase that allows the comparison of many countries' productions," Bixio said. "The objective is really to highlight Italy's television offerings. These are high quality programs."

Bixio's own drama-musical "Tutti pazzi per amore" ("Everyone is crazy for love"), for example, is being shown at the festival. And language is not a problem. Bixio is confident that quality Italian programs won't be lost in translation.

"We modify the themes slightly and the programs can become appealing internationally so we can sell them," Bixio said.

Digital technology has made it much easier to alter programs. Bixio and other producers are also shooting in multiple languages to attract foreign buyers.

The demand for content is sky high - literally. Programmers need content. Satellite networks offer hundreds of channels. There's also podcasting and cell phone viewing. But decades of US dominance of the marketplace have left many European writers and producers clueless about how to sell their stories. 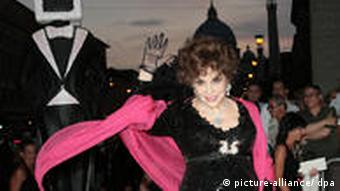 "The first rule is that there are no rules," said veteran producer Pat Ferns, an expert on the sales pitch. He told producers at the festival that grabbing an executive's attention required creativity and clarity.

"It takes between 90 seconds and two minutes for them to make up their mind to say no," Ferns said. "Yes takes a lot longer."

Ferns encouraged producers who want to sell internationally to pair up with a producer in the target country. His latest series on Charles Darwin is a Canadian-Australian-German co-production. Ferns said the English-speaking world can no longer afford to snub foreign-language productions.

"I think in the world we're living in now, in the midst of this financial crisis, broadcasters are finding it harder and harder to find the funds to do high-quality work," Ferns said. "So they'll look to partner and co-produce. In some cases that might mean that you have to find ways of doing things in different languages."

The Canadian network Telelatino is a pioneer in foreign-program acquisition. President Aldo di Felice said he is even more ready than usual to spend Canadian dollars on European productions. He said he's particularly impressed with the Italian dramas that seem to fall into themes.

"Crime, pornography and the third one was Satanism," di Felice said. "So we saw clips of new productions with absolutely state of the art graphics, special effects and camera angles. The rest of it dealt with issues that were edgier and done in a way that was cinematic in terms of style and investment."

Di Felice already has snapped up "Romanzo Criminale," the fictional series set in the 1970s about a real-life Roman crime organization. He and many other programmers said the language mattered far less than the quality. Dubbed, subtitled or re-shot, European television is beaming beyond national borders.

In a new German TV series, teenage couples are given the task of parenting - very real babies - for a few days. The series was aimed at discouraging teen pregnancy, but it's gotten slammed by children's rights groups. (02.06.2009)

West German TV: The Class Enemy in the Front Room

Media in the GDR was entirely state-controlled and western journalists were seen as a threat to the socialist system. But were they really? How much did the media have to do with the fall of the Berlin Wall? (05.01.2009)

Germany has a new television channel that loves men. TimmTV is the country's first broadcaster to focus on gay and lesbian programming. Already established in much of Europe, gay TV's taken longer to reach Germany. (04.11.2008)