German rail strikes cause widespread delays | Germany | News and in-depth reporting from Berlin and beyond | DW | 10.12.2018 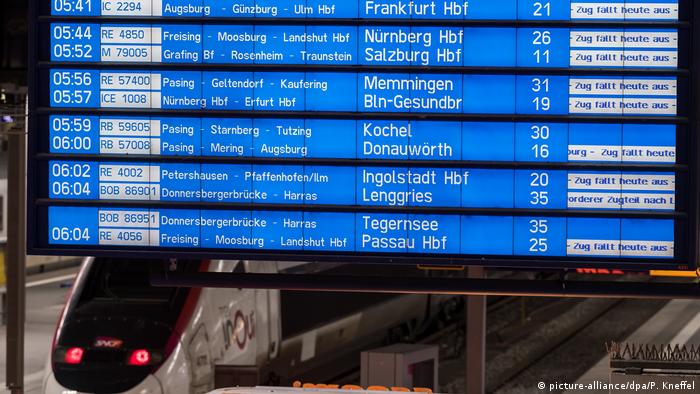 Long-distance rail travel came to a halt across Germany on Monday morning, with regional trains also heavily affected, especially in North Rhine-Westphalia, Bavaria and the southwestern cities of Karlsruhe and Mannheim. There were also cancellations in Mecklenburg Western-Pomerania, Hamburg and Lower Saxony.

Services slowly resumed after 9 a.m. but disruptions are set to continue throughout the day, rail operator Deutsche Bahn said.

Workers walked off the job for four hours during rush-hour traffic after pay talks between Deutsche Bahn (DB) and the EVG rail trade union broke down without agreement.

The so-called warning strike came just a day after DB increased the price of rail tickets by an average of 1.9 percent.

What travelers need to know:

Further strikes threatened: Although no additional rail strikes have been announced yet, EVG warned that further warning strikes can be expected during the pre-Christmas rush. A separate union, the Union of German Locomotive Drivers (GDL), warned that its 36,000 members could also take action if wage negotiations talks fail.

Negotiations to continue: The EVG and GDL are expected to continue their talks with DB on Tuesday. "Out primary goal is to reach an agreement at the negotiating table," said Regina Rusch-Ziemba, EVG's chief negotiator. 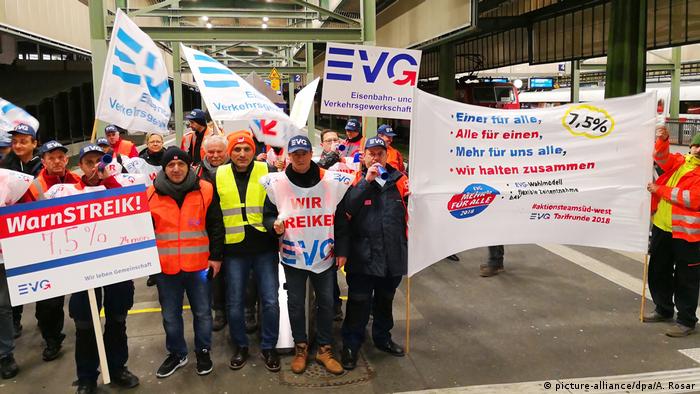 Dispute over pay: EVG, which represents some 160,000 rail workers, blamed DB bosses for the breakdown of talks early on Saturday morning in Hamburg, insisting the new pay scale offered by the rail firm was too low. The rail firm, meanwhile, called the walkout a "totally unnecessary escalation."

Busiest time of year: Monday's strike has caused widespread disapproval among rail passengers, who regularly complain about cancellations and trains being late, and endure some of the highest rail ticket prices in Europe.