German train drivers began their second two-day strike on Monday. The walkouts are the last thing rail operator Deutsche Bahn needs after a year of huge losses from the COVID-19 pandemic. 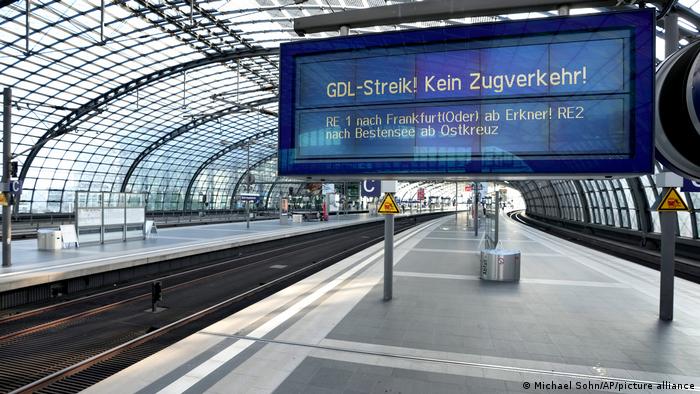 German train drivers' union GDL has been criticized for calling a second two-day strike from Monday, just a few days after the last walkout caused misery for millions of rail passengers.

A strike by freight drivers began Saturday and will also last until Wednesday.

What will be the economic impact?

The walkouts come as the country reels from the COVID-19 pandemic. The first walkout earlier this month left much of the rail network paralyzed at a time when many employees were returning to the office after working remotely for months.

The second strike is expected to have an even more wide-ranging economic impact, as the action by freight drivers will last four days and will hit supply chains harder.

DB typically carries around 1 million tons of goods per day — around 43% of all goods transported by rail. Economists have calculated that the strikes are costing the German economy up to €100 million ($117 million) per day.

DB also faces the prospect of a further loss of passenger and freight traffic during the fourth wave of the pandemic expected this fall. 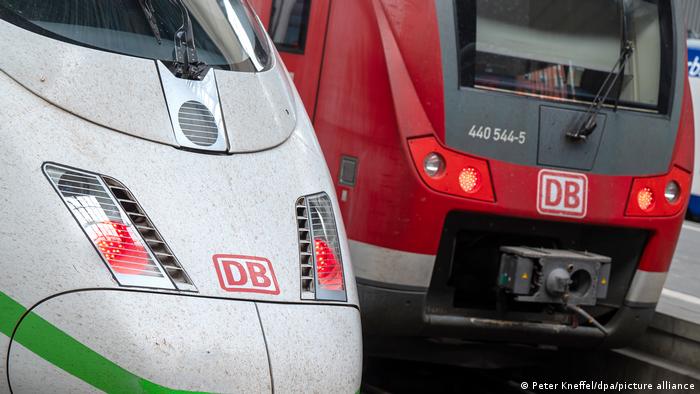 Why now isn't the best time for industry

Industry and logistics associations have criticized the freight strike in particular.

They say supply chains are already under strain due to staff shortages sparked by the pandemic. The walkout is also likely to exacerbate the delays of imports caused by huge congestion at container ports around the world.

The bottlenecks have left Germany's industrial sector struggling to source raw materials and parts needed to manufacture vehicles and machinery.

The country's retail sector is also affected, with shortages of many imported goods reported.

"Every [other] mode of transport is totally overbooked and the prices are going through the roof," said Carsten Knauer from the Association for Supply Chain Management, Procurement and Logistics.

"It is practically impossible in the short term to shift traffic onto the road."

Last week, a survey of 3,000 companies by Germany's DIHK Chambers of Industry and Commerce found 83% of firms were concerned about price increases or supply chain bottlenecks for raw materials, intermediate products and goods.

The logistics sector is keen to avoid a repeat of the lengthy rail strikes seen in 2014/15 that left the rail freight sector paralyzed both in Germany and across Europe.

The German Economic Institute (IW Köln) predicts that the chemicals, automotive and steel sectors, which rely heavily on rail freight, would be worst affected this time.

Why now isn't the best time for Deutsche Bahn

DB's losses reached €2.9 billion in 2020 and €1.4 billion for the first half of this year. As a result, the company was forced to request a €500 million bailout from the German government.

DB's finances are also under strain as a result of a commitment to huge rail infrastructure upgrades. Last year, net capital expenditure rose 4.3% to €5.9 billion. That figure is expected to be even higher this year, according to the company.

What does the GDL union want?

GDL is demanding a 3.2% pay increase this year and next, along with a coronavirus bonus of €600.

The dispute also focuses on pay rates, the duration of the current pay rates and pensions.

How long could the strikes last?

Although DB said on the weekend it was willing to make concessions, these were rejected by GDL, who proceeded with the second walkout.

The 2014/15 strikes extended to nine rounds, with one walkout lasting an entire week, a record for DB.

"The GDL union has a history of playing hardball," said DW business correspondent Chelsea Delaney. "We could certainly see this [strike] go further if Deutsche Bahn doesn't give in to the demands."

A union representing train drivers at Deutsche Bahn called its members out for a new two-day strike. The dispute focuses on pay rates, pensions, and a "coronavirus bonus."

Most goods are transported around the globe by ship, making overseas containers essential. But demand for the metal boxes far outstrips supply at the moment.