Germany's PEGIDA anti-Islam group says its next demonstration will take place this Sunday - not the regular Monday - in the eastern city of Dresden. The reason? An anti-PEGIDA rock concert. 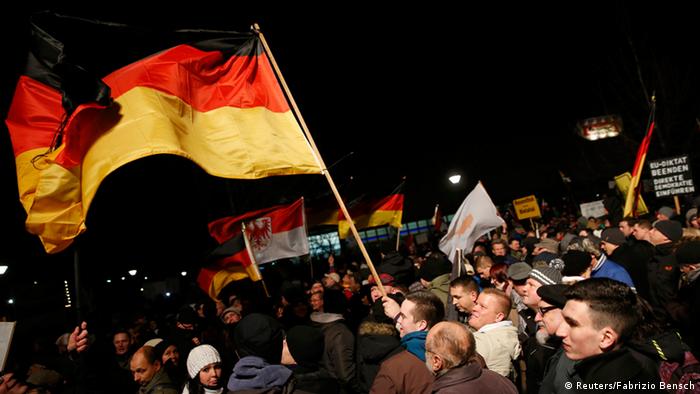 PEGIDA organizers have moved their next protest, their 13th, in the eastern city of Dresden to Sunday, instead of Monday. It means their rally will not clash with an anti-PEGIDA concert taking place on Monday outside Dresden's Frauenkirche church.

The concert, funded by the local municipality, is set to feature iconic German musician Herbert Grönemeyer and other pop stars, with crowds expected of up to 40,000. It's the second week in a row that PEGIDA's plans have been forced into a rethink.

This week's rally was canceled and moved to Leipzig on Wednesday after a threat to kill now-former leader Lutz Bachmann, who has since resigned after a photograph emerged of him posing as Adolf Hitler.

PEGIDA's name loosely translates to "Patriotic Europeans Against the Islamization of the West." It has staged regular rallies in Dresden, with offshoots occurring in other German cities, over the immigration system in Germany and its perception that radical Islam is gaining influence throughout the country. PEGIDA has denied that it is xenophobic.

Its organizers hope 25,000 people will march on Sunday. It said on Facebook it brought the march forward a day for "peace and security" reasons - but also so its members could enjoy listening to Herbert Grönemeyer.

"Monday's concert does indeed sound reasonable and is right up our alley. Thanks to the promoters - who are paying a six-figure sum to put this on, even with tax money of PEGIDA members."

"We want to, of course, enjoy this as well."