Three people are being investigated after a fire engulfed the ape enclosure of Krefeld Zoo. Dozens of animals died in the New Year's Eve fire. 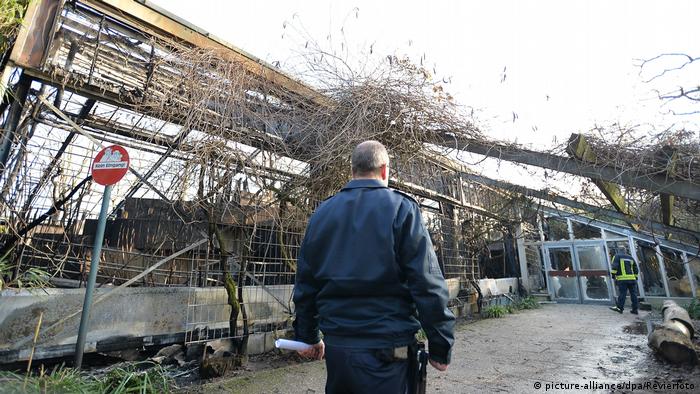 A 60-year-old woman and her two adult daughters are being investigated for their alleged role in the fire that burned down part of Krefeld Zoo.

The three women turned themselves in after suggestions that the fire was caused by sky lanterns — burning, flying, paper lanterns that are banned in most states in Germany.

The women told police they had released three such lanterns on New Year's Eve. 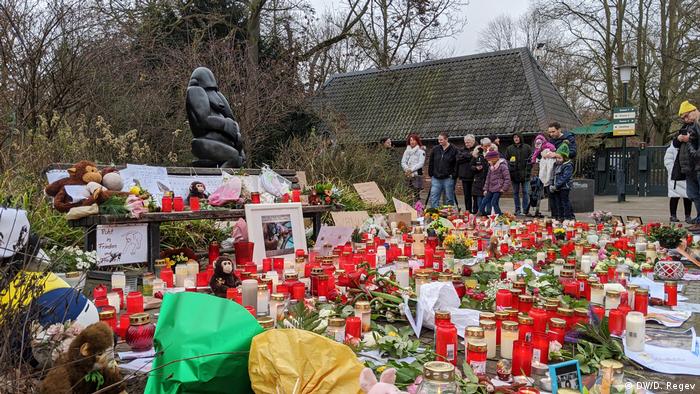 More than 30 animals were killed, including orangutans, chimpanzees, gorillas and marmosets. A nearby gorilla garden was undamaged. Gerd Hoppmann of the Krefeld criminal police told a press conference Thursday that the suspected perpetrators reported themselves to the authorities and that it can be assumed that they are the ones that caused the zoo fire.

"For us, the case is largely cleared up," said Hoppmann, adding that the women were accused of negligent arson.

Investigators said that handwritten messages were found on sky lanterns near the damaged area.

The women said several times they were "infinitely sorry" for the fire, according to the investigators.

Hoppmann said the women ordered the sky lanterns online and did not know they were banned. He also praised the fact that they had come forward voluntarily as "very courageous."

If convicted of negligent arson, the suspects face a fine or imprisonment of up to five years.