The interior minister of the German state of Saarland, Klaus Bouillon, narrowly escaped an attack after unknown individuals loosened the wheel bolts on his car. Police are investigating the case as attempted murder. 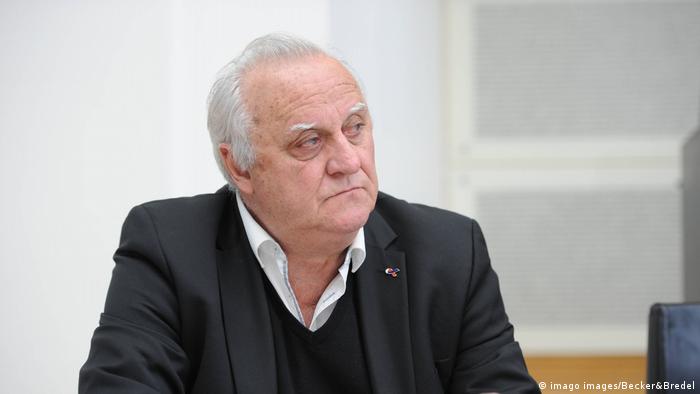 Prosecutors in Saarland said Friday they are investigating an attempted attack on the state interior minister.

Wheel bolts on Klaus Bouillon's official car were loosened at some point over the weekend. As he was about to set off to an appointment, the car's warning system sounded the alarm.

Police identified it as a potential attempted murder, as Bouillon could have died or been seriously injured if the foul play had not been noticed.

"We are investigating the crime in all possible directions, with the possibility of subversive motives taken into account," the prosecutor general's spokesman, Mario Krah, said.

Police confirmed on Twitter that they are looking into the incident.

The attempted crime has been condemned by the Saarland government, which is led by Chancellor Angela Merkel's conservative CDU party, Bouillon's party.

"If the presumed attack on Klaus Bouillon proves to be just that, it is an attack on the fundamentals of our society," said Saarland parliamentary speaker Alexander Zeyer. "There is no place in our society for intimidation and physical violence."

"An attack like this is not harmless fun," he added.

Saarland is Germany's smallest state apart from the city-states and was one of the first to introduce a lockdown in the coronavirus pandemic, along with Bavaria.

In recent weeks police and some politicians in Germany have faced physical and verbal attacks from those who wish lockdown restrictions to be lifted or criticized the government's handling of the crisis.

The CEO of the large German firm shared the threat on Twitter, thought to have been sent by neo-Nazi extremists. The email mentions politician Walter Lübcke, whose murder last month was labeled politically motivated. (12.07.2019)

Prosecutors said "racism and xenophobia" were decisive in the suspect's motive to kill German CDU politician Walter Lübcke. Authorities also charged a man for helping train the suspected murderer to use guns.  (29.04.2020)