Michelin-starred cuisine, a Franco-German way of life and the world's first industrial UNESCO World Heritage site are the pride of this small German state. 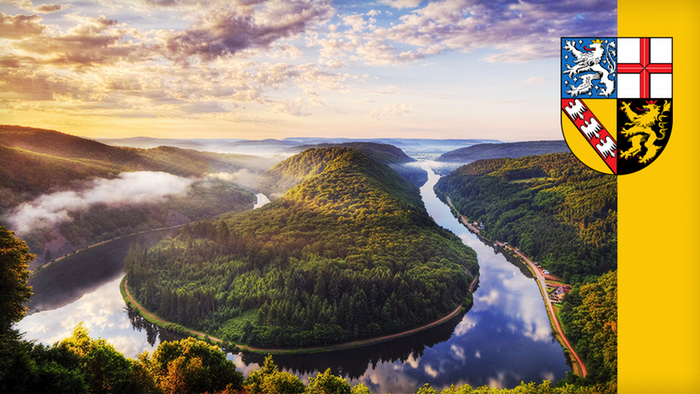 Aside from the three tiny city-states, Saarland is Germany's smallest federal state and owes its name to the Saar River, whose banks are lined with sites to see, from the city of Saarbrücken to the spectacular hairpin turn known as the Saarschleife, or Saar Loop. Saarland borders France and Luxembourg — and their cultural influences are reflected not only in its history but also in its cuisine.

Travel tips for the Saarland region

Check-in host Lukas Stege traveled to Saarland before the coronavirus pandemic. The green region with its European spirit is perfect for people seeking a relaxed getaway.

The last smelting furnace in the former ironworks in the town of Völklingen was shut down in 1986. Eight years later, UNESCO declared the completely preserved ironworks a World Heritage site. It was the first industrial monument worldwide to receive that honor.

Today, this unique monument to pig iron production from the heyday of industrialization provides an XXL backdrop for music festivals and blockbuster exhibitions.

A visit to the Völklingen Ironworks

Klaus Erfort has been running the Saarbrücken-based GästeHaus restaurant since 2003. With two Michelin stars, it's considered one of Germany's best fine dining establishments. It is one of many culinary highlights in the small German state.

The Pâtissier of the Year

Gault-Millau's chef of the year