A year after the terrorist attack on Charlie Hebdo, German PEN President Josef Haslinger tells DW why the satirical magazine shouldn't have received a PEN award - and how Europe should approach its Muslim neighbors. 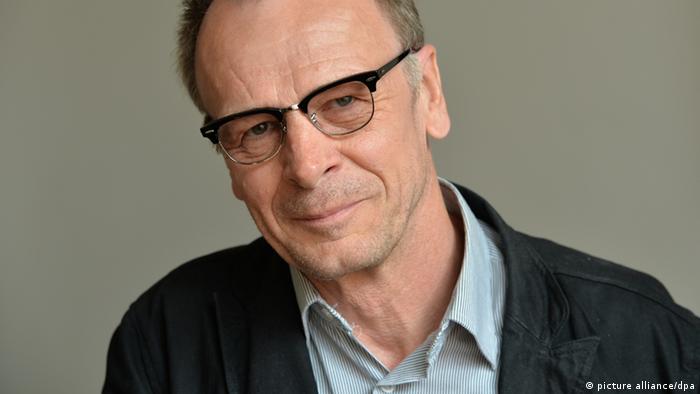 Millions of Muslims are living in France, Germany and Britain. Europe has become a continent of Muslim immigration. It is crucial that we live together peacefully with these people, who are not terrorists, but rather are the biggest victims of Islamist terrorism. That's why I believe that it's not a good idea to give awards to caricatures which Muslims view as religiously offensive. Whether it should be permitted to create them is another question. Of course that should be allowed.

According to Salman Rushdie, the award was about honoring people who were murdered because of their illustrations. An organization that doesn't do that isn't worth its name, Rushdie has said.

That is correct, yes. It is PEN's task to defend the freedom of the word. And PEN has done that. The German PEN Center joined the "Je suis Charlie" campaign immediately after the attack and published a statement on its website. We expressed our solidarity with the editors of "Charlie Hebdo" and all those fighting for the freedom of the word and propagating what we refer to as Western values - values that have already spread beyond the Western world. This is about human rights, a certain understanding of humanity, and that's what needs to be fought for tooth and nail.

Charlie Hebdo has been repeatedly criticized of Islamophobia and racism. How did you view their caricatures?

I'd say the caricatures were very critical of religion. The Pope has also been taken to task. I personally have tried to liberate myself from religion as much as possible after being very involved in religion during my youth. I can understand these caricatures very well on an intellectual level. And I even find them amusing to some extent. I don't find them tasteless, as many others say. But I wonder: Who is entertaining themselves at whose expense?

Last summer, a book by Charb, Charlie Hebdo's assassinated editor-in-chief, was published posthumously. It was entitled, "Letter to the Islamophobia swindlers who play into the hands of racists." He turned the tables on the critics, criticizing what he called the "paternalism of a leftist, white bourgeoisie," that he said denies the disadvantaged the opportunity to form their own opinion. Does he have a point here?

That's indeed the case, yes. On the other hand, it is also a fact that millions of Muslims around us feel insulted by the caricatures, view it as tasteless and think that they are being ridiculed and that their religion is being insulted. As far as principles go, he is completely right. As soon as one tries to support others, there is a paternalistic aspect to it, because it seems to allege that they are not able to defend themselves. But in intellectual discourse, it is typical to present the positions of others. 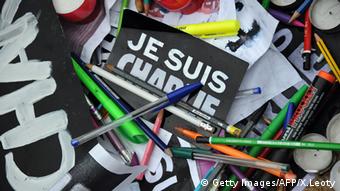 Criticism of its methods and solidarity with the victims are not mutually exclusive, according to Haslinger

Where are the limits of freedom of speech in your view? How far may people go?

The limits of freedom of speech are defined by the penal code. But penal codes differ from country to country. In my view, a penal code that fully reflects the status of human rights should not contain a paragraph on blasphemy. But such a paragraph does exist in many countries, including Germany and Austria. It is applied only rarely, but nevertheless, it does exist. Actually, I'm opposed to granting religion special privileges when it comes to criticism. But I am also opposed to insulting people.

Whether or not I am offended is very subjective.

Of course it's subjective, but it is also regulated by law. That means that everyone has the right to complain when they are offended or defamed - on the basis of their opinion, faith, or appearance or race. I think it is not possible to legally define which statements, drawings or pictures are legally relevant and which ones should be indexed. And I also believe that, when art is involved, one should be particularly generous, since art should have the opportunity to feel out the boundaries.

The November terrorist attacks in Paris have shown that the so-called "Islamic State" (IS) is fighting against an entire way of life. Doesn't that fact cast a whole new light on the question of what Charlie Hebdo was all about?

It's not just about the attacks in Paris, but also the ones in Beirut, and in other countries such as Nigeria and Iraq. It's about being against a way of life. That's true. And we must defend this way of life. But it would be wrong to defend it by going to war. Those who carry out these attacks see them as acts of war. The attack in Paris was carried out only after the so-called IS had been bombarded by France. That's how the attack was justified. And if Germany also joins the war, or at least supports it, then it also must reckon warriors who turn up here and murder innocent people with the same justification.

Germany became a target of terrorism even before its participation in military actions.

I know, but I cannot accept the idea of reacting to terrorism with attacks after similar attempts have failed in places like Afghanistan and Iraq. Both countries have been totally destabilized. Nothing was achieved - except many casualties on both sides. And I fear that this same story will be repeated once again. One ends up being seen as the enemy of other religions. Those acting as Islamist warriors manage to frame the attacks against them as attacks against Islam, since they can point to civilian victims of the attacks, which is what we also do. We will not attain peace in this way - and most certainly won't attain a peaceful co-existence of different religions and cultures. Quite the opposite will be achieved - and that's a disaster.

Austrian-born essayist and author Josef Haslinger has been the President of Germany's PEN Center since 2013. Founded nearly a century ago, PEN is an international organization that promotes free speech and supports persecuted authors.

Charlie Hebdo and freedom of expression

One year ago, the office of the French satirical publication "Charlie Hebdo" became the target of a terrorist attack. Solidarity was felt around the globe. The attack sparked a renewed debate over freedom of expression. (02.01.2016)

Art of Freedom. Freedom of Art

In this multimedia special, DW explores how artists around the world advocate for freedom.