The German Bundestag has voted by a large majority in favor of a major pension reform. Critics say, however, that the new package will be too great a burden for the economy and future generations to bear. 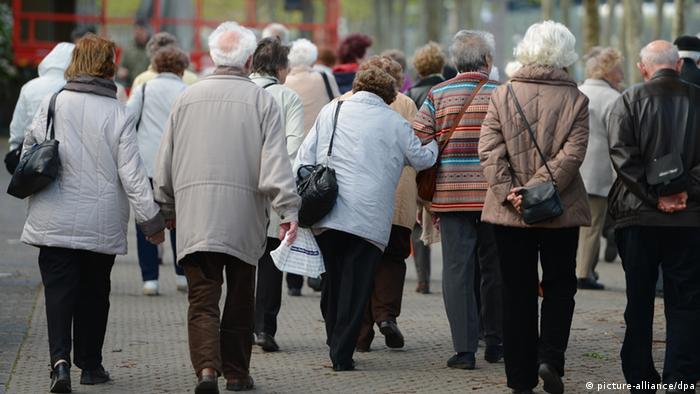 The German Bundestag, or lower house of parliament, on Friday approved a new pensions package that will allow eligible workers to retire at 63, and increase pension payments for older mothers and those with a reduced earning capacity.

Altogether 460 parliamentarians voted for the package, with 64 opposed to the measures and 60 abstentions. The reforms are to take effect on July 1.

The reform package is the result of much heated debate within the coalition government, which consists of Chancellor Angela Merkel's conservative Christian Democrats and Bavarian sister party the Christian Social union, together with the center-left Social Democrats. Final details were hammered out only last Monday.

Among other things, the new measures will see mothers who bore children before 1992 receiving larger pensions. In addition, workers who have been in the workforce for 45 years will in future be able to retire two years before the normal retirement age of 65 without any loss of pension.

There will also be more money set aside for rehabilitation in view of the growing proportion of older people in society.

The opposition has criticized the package, with the Left Party - which abstained from voting - saying it does not go far enough to combat old-age poverty and calling for more increases for mothers.

The Greens - who voted against - say that the package is unfair for the future generations who will have to pay for it.

Experts say the costs for the new package will amount to at least 160 billion euros by 2030.

Some critics, including from abroad, have also pointed to the fact that Germany, which has urged European partners not to lower the retirement age during the debt and financial crisis, is now doing exactly that itself.

A previous coalition between Merkel's conservatives and the Social Democrats agreed in 2007 to gradually raise the retirement age to 67.

The package does not require the approval of the German upper house, or Bundesrat.