The German military has a contract with Russian and Ukrainian firms to transport its tanks and large helicopters. Now the contract is up, MPs are asking why Germany is dependent on these companies. 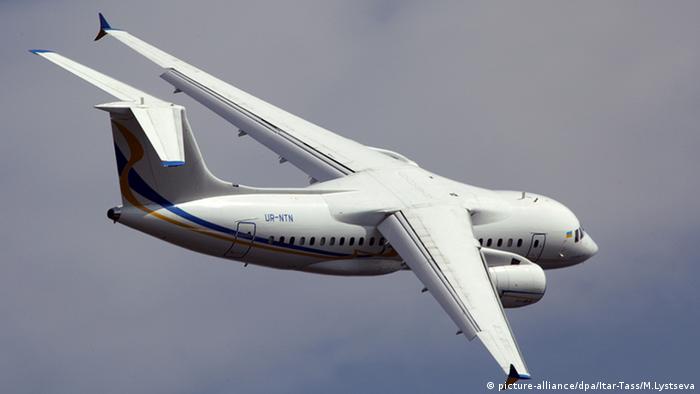 Germany will be forced to continue handing lucrative contracts to Russian and Ukrainian firms to transport its military hardware, according to Bundestag MPs. A joint contract with the Russian firm Volga Dnepr and the Ukrainian firm Antonov Design Bureau is due to run out at the end of the year, and will have to be renewed because Germany does not have its own large-scale military transport planes.

But the contract, leaked to public broadcaster ARD, will also have to be split in two because Ukraine is now engaged in a war with pro-Russian separatists in its eastern region. Since 2004, the two companies had been working together under the name "Strategic Airlift Interim Solution" (SALIS) to supply logistics to a number of NATO countries through the NATO Support and Procurement Agency (NSPA).

SALIS used the huge Soviet-era Antonov 124-100 transport planes, which can deliver 120 tons of freight over 4,800 kilometers (3,000 miles). Under the new contracts - agreed with ten partners, including Germany, France, Poland and Norway - Antonov planes will be contracted to fly some 1,600 flight hours in 2017, of which 1,080 will be for the German military. This number will sink slightly in 2018, leaving the German state a total bill of 101 million euros ($107 million) over two years. 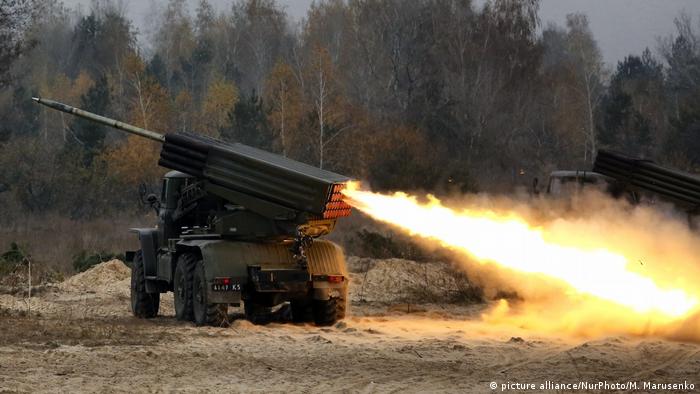 The SALIS company split in the midst of the Ukraine crisis

But the rift between Russia and Ukraine has caused a new problem: the Ukrainian company is demanding a lot more money than the Russian counterpart, and according to some MPs on the Bundestag defense committee, the Defense Ministry cannot explain the discrepancy. While the Antonov Design Bureau is to bill the German taxpayer 37,509 euros ($39,872) per flight hour, Volga Dnepr only wants 23,341 euros per flight hour, ARD reported.

"It's a little surprising that the price structure of the two companies for using the same airplane is so different," complained Green party MP and defense committee member Tobias Lindner to ARD. "The ministry couldn't explain why."

But Rainer Arnold, Social Democrat representative on the same committee, said some circumstances make the discrepancy understandable. "Of course, you have to see that these are two different partners, with different maneuvering spaces in their negotiations," he told DW. "And they have different foundations: the Ukrainians only operate seven planes, and so obviously they calculate differently from someone who has considerably more planes in their fleet."

A spokesman for the Defense Ministry told DW that both prices offered were "completely normal" in comparison to others on the world market. Nor, he added, was it politically problematic to be doing business with a Russian firm at a time of heightened tension with the Kremlin. "There haven't been any problems with making this equipment available, even during the Ukraine crisis," he said. "And we haven't seen Russia trying to influence this commercial transporter at all. It's completely unproblematic." 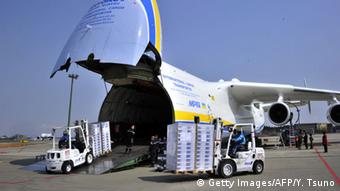 The Antonov can carry some 120 tons of cargo

He also pointed out that both the Russian and the Ukrainian companies are subject to German law and have an international presence across the world.

It's not unusual for armies to turn to the civilian market for large-scale logistics when it does not require a military element, unless equipment needs to be transported into a war zone. In Germany's case, most military transports will be to and from Afghanistan, where the Bundeswehr is involved in the ongoing war, but according to Sebastian Schulte, Germany correspondent for military magazine "Jane's Defence Weekly," civilian logistics would only be used for the first leg of the journey to Uzbekistan.

Germany has been buying in these air lift capabilities ever since NATO's Afghanistan mission began in 2001, because "the required freight and supplies were simply too bulky and numerous for Germany's existing fleet of military transport aircraft at the time," said Schulte.

Moreover, Arnold argued, it would be "completely uneconomical" for Germany to buy its own military transport planes of that size - though it might be thinkable for Europe to acquire such planes "in the long term." "But the firms from Russia and Ukraine were always reliable, even in difficult times," he added.

The Bundeswehr's own military transport plane, the A400M, "isn't available in the numbers and capabilities that are needed," added Schulte, and he pointed out that this plane had also been hampered by production delays.

Iran says it's buying 80 Boeing planes in its first such deal for its national carrier since the 1979 Islamic revolution. Washington eased sanctions in January under a nuclear deal condemned by President-elect Trump. (11.12.2016)

Trump lashes out at Boeing over future of Air Force One

The US President-elect has claimed that the cost of a new aircraft to transport the president is "out of control." But Boeing said their contract with the government falls significantly short of Trump's estimates. (07.12.2016)