Public prosecutors in Bavaria have issued an arrest warrant as part of their investigation into corruption following the mask scandal. It does not appear to target the politicians under suspicion. 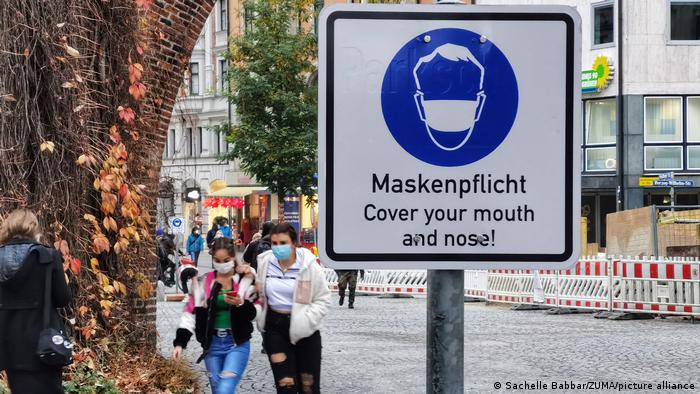 A suspect in the mask scandal which has engulfed Angela Merkel's ruling conservative party was arrested on Thursday, investigators said.

The public prosecutor's office in Munich issued an arrest warrant for an individual who they did not name.

Five people are being investigated under suspicion of corruption. Among those are the conservative politicians from the Christian Socialist Union (CSU) Georg Nüsslein and Alfred Sauter.

The CSU is the Bavarian sister party of Merkel's Christian Democratic Union (CDU).

A spokesperson told dpa that the warrant was not intended for either Sauter or Nüsslein. The investigators did not give the name of the suspect they had detained.

What do the corruption allegations consist of?

Nüsslein — along with CDU lawmaker Nikolas Löbel — stepped down after being accused of having received six-figure kickbacks for brokering business deals between mask manufacturers and the German government.

Sauter, a lawmaker in the Bavarian state parliament, is also under investigation for corruption, also in connection with the mask scandal, but has rejected all the allegations and refused to step down.

The three other suspects being investigated by the public prosecutor in Munich are two businessmen and a tax adviser.

Several other lawmakers have also stepped down in different but comparable cases. The scandal has hit the CDU/CSU popularity hard, as was made evident in their low performance in recent state elections in Rhineland-Palatinate and Baden-Württemberg.

The CDU/CSU released new tightened transparency and ethics rules for members in light of the scandal, and the day after the election disappointments.