A 29-year-old man has been sentenced to three years and three months in prison for an arson attack on a refugee home in the eastern German town of Altenburg. Politically motivated attacks in Germany quadrupled last year. 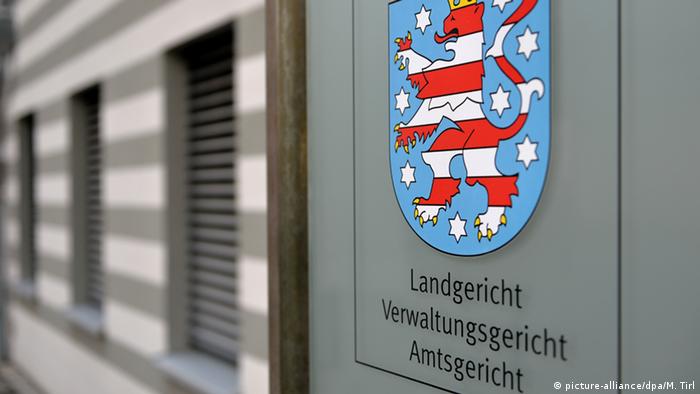 The district court in Gera handed down the sentence after finding the defendant guilty of negligent arson.

The 29-year-old defendant from the nearby town of Borna had set fire to paper and several pushchairs in the stairwell of a refugee home in Altenburg on December 7, 2015. Nine people suffered from smoke inhalation as a result of the blaze, including a two-month-old baby.

Stating the grounds of the accused's imprisonment, the presiding judge said the defendant had acted on xenophobic motives or at least had wanted to instill fear and terror into residents.

A 31-year-old co-defendant was acquitted of arson, but was handed a fine for repeating Nazi slogans.

Germany saw more than 1.1 million refugees claim asylum in 2015, more than any other European country. While many Germans have welcomed those fleeing war and persecution, there has been strong opposition from a vocal minority and accompanying concerns over increasing anti-foreigner violence.

According to the most recent crime statistics, violent, politically motivated crime with a right-wing motive in Germany rose by more than 40 percent last year. Authorities recorded 1,485 such crimes in 2015, up from 1,029 in the previous year.

Offenses targeting homes for asylum seekers more than quadrupled to 923, with acts of violence against those homes increasing to 177 from 26 in 2014. Such attacks have been particularly prevalent in eastern Germany in recent months. Already in 2016, at least 67 cases of arson have been reported in the eastern states of Saxony and Thuringia.

A large fire has broken out at a hall housing hundreds of refugees near a conference center in Düsseldorf. Several have suffered from smoke inhalation, while police are investigating six residents on suspicion of arson. (07.06.2016)

In August 1992, Germany experienced nearly a week of violence as right-wing extremists attacked a refugee housing complex in Rostock. Here's a timeline of the events.

After uncovering new leads in the 30-year-old cold case, prosecutors say the suspect was inspired by racist violence. He killed one man and injured two others in an arson attack on a refugee home.