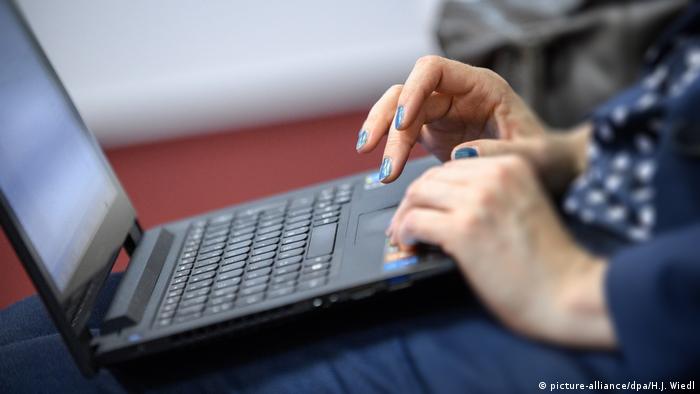 A German business that posted job ads seeking workers to sift through troves of child pornography images came under scrutiny this week for its questionable handling of child abuse images.

A data analysis business in the Bavarian city of Augsburg offered potential employees the chance to work from home in exchange for €450 ($525) a month, as part of a so-called tax-free Minijob.

The job advertisement called for a "forensic image analyzer," according to local news outlets. Applicants needed their own computer and some computer experience. They would be given four to five days of training after which they could work from home.

But applicants were only informed of the job specifics on inquiry. The role would require applicants to sift through collections of child abuse images given to the business by police. Police used the private firm to outsource analysis of vast data collections seized in child pornography cases.

An Augsburg woman who was told she would have to view images of "raped babies" if she took the job wrote to the Bavarian Ministry of the Interior to complain, local daily Augsburger Allgemeine reported.

Police reportedly visited the business last week to check their compliance with relevant rules and left satisfied things were largely in order. Nonetheless, the contract with the business was temporarily halted to further investigate, the paper reported.

Investigators told the paper the business must ensure its data was well secured. Their systems reportedly block employees from downloading the files, but it could still be possible to photograph the screen or for people to be recognized. They also questioned whether it was sensible to use an unskilled Minijobber for the highly sensitive and psychologically draining investigative work.

The Ministry of Justice told Augsburger Allgemeine the case was being investigated.

The Ministry of the Interior said it would use the case to review its guidelines on the handling of data in such cases. It said data was increasingly difficult to manage, telling the Funke media group there were "increasing numbers of cases in the field of child pornography and a vastly increased volume of data to be evaluated."

Young refugees, including minors, have been lured into prostitution by the security guards hired to protect them. Insiders have told a German public broadcaster that the guards pay high prices for young refugees. (25.10.2017)