German IT benefits from NSA affair

Opportunities for German IT companies have emerged since the leaks about collaboration between US Internet companies and the American intelligence agency, the NSA. Users are seeking secure, anonymous data services. 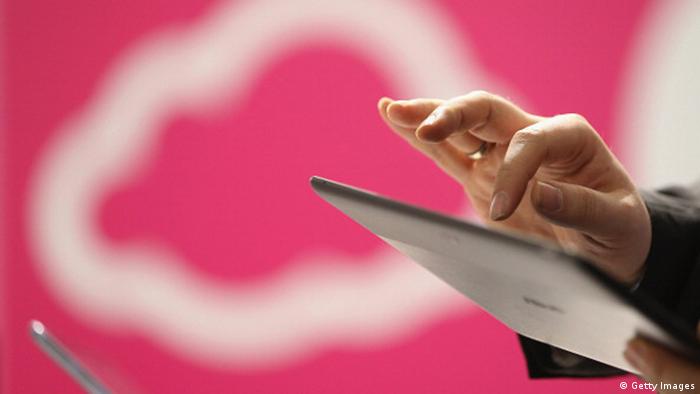 Posteo is a small Berlin-based company that offers protected e-mail communications. It has signed up 2,000 new accounts in the past week, and more than 20,000 since the surveillance activities by the National Security Agency became known.

A Posteo mailbox costs one euro per month. It includes an encrypted SSL connection, two megabytes of storage, and full anonymity. Payment also remains anonymous. Furthermore, the mailbox owner does not have to provide personal data and receives no unsolicited mail.

The service has been available for four years, according to founder and managing director Patrik Löhr. The initial aim of the company was not to provide protection against intelligence surveillance activities, but rather to offer an alternative to customers who did not want their data to be traded. 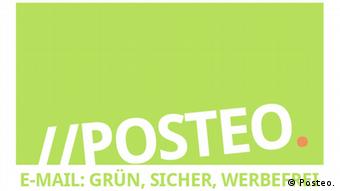 Interest in Posteo has now soared, forcing Löhr and his team to focus entirely on its encrypted e-mail service - which is also lucrative. "We're on a healthy footing," Löhr told DW.

The revelations by former NSA contractor Edward Snowden about the US's secret surveillance program, known as PRISM, appear to have had not only a political but also an economic impact on Germany. The country's IT sector, in particular, is benefiting from the surveillance scandal.

Providers of cloud data services in Germany expect annual growth of 37 percent through 2016, according to a study published earlier this month by the Association of the German Internet Industry (eco). "The projections in our study were made before the surveillance scandal," eco's managing director Harald Summa told DW, adding that the scandal could give the sector a further boost.

"We expect to benefit from the PRISM affair, given that the volume of traffic and the number of new customers have risen by 20 percent in recent weeks," said Roberto Valerio, managing director of Hamburg-based Cloudsafe. He explained that users have changed their attitudes to Internet usage in response to the NSA affair. "In the past, price (free, ideally) and user friendliness (as simple as possible) were the main priorities," Valerio told DW. "US providers were often preferred. Today, location and data security play a huge role - with experienced and interested users, that is."

Not only cloud service providers but also some startups are experiencing strong demand. Whistle.im, an encrypted messaging program developed by two university students in Cologne, is one of them. The service offers anonymous communication.

"At Whistle.im, we believe that privacy isn't about whether someone has something to hide; rather, it is a fundamental right," the developers say on their website. The free app has become a hit on the Internet. 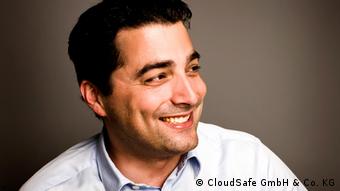 Policymakers have also discovered the economic potential of the NSA affair for the IT sector in Germany and Europe. "We Europeans must work together to overcome our dependence on America and China and deliver strong technologies ourselves," German Chancellor Angela Merkel said this month in an interview with the Frankfurter Allgemeine newspaper. Merkel pointed to the European airplane manufacturer EADS, which was launched in the 1990s and has since become a powerful competitor of Airbus in the United States. Europe, she said, now needs to do the same with information technology.

Europe's IT industry, however, treats such political statements with caution. "I think every industry is delighted to receive political support," said Frank Roth, chairman of AppSphere AG, who also launched the "Cloud Services Made in Germany" initiative. "But, of course, we have to wait and see what actually comes out of such announcements."

Still, many in the industry, like eco's Harald Summa, are hopig for stronger political commitment. "Although the market has the last word, you can develop and support markets, and that's why we've been demanding the strengthening of the German Internet industry as a key measure for a long time now," he said. Security is now an issue with many people, and companies in the association offer solutions, he added.

There are skeptics, too. Valerio is among them. "We believe that Germany can benefit from the demand for cloud computing services only in the short to medium term," he said. "In the long term, German authorities are likely to follow the Americans and seek greater surveillance of the Internet by government institutions."

The UN headquarters were being wiretapped by American intelligence agency NSA, according to German news magazine Der Spiegel. If confirmed, it would be against a long-standing agreement between the US and the UN. (25.08.2013)

The US National Security Agency broke American privacy rules on thousands of occasions since 2008. That’s according to documents leaked by American whistle-blower Edward Snowden, who has been granted asylum in Russia. (16.08.2013)