Germany and the US are to start talks on an anti-spying agreement, Germany's chancellery minister Ronald Pofalla has said. The announcement came as he testified on the government's role in the NSA scandal in parliament. 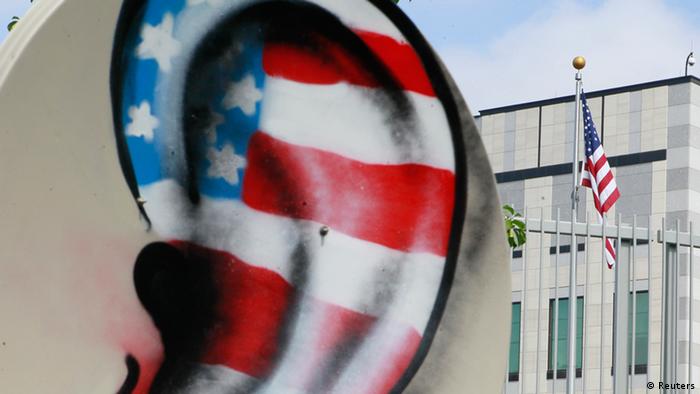 Pofalla, who is responsible for coordinating the various intelligence services in Germany, told a parliamentary committee on Monday that the US had offered talks on a no-spy agreement, which showed that the US was serious about adhering to German law on German soil.

"This offer could have never been made if the Americans' assurances that they will stick to German law in Germany wasn't actually true," he told the committee.

Pofalla insisted that the allegations against the NSA and Germany's foreign intelligence service the BND had been refuted, as the NSA had declared in writing that it is prepared to observe German law in Germany.

Pofalla also told parliamentarians that both British and US intelligence agencies had assured the government that there was no comprehensive spying and wiretapping by their services in Germany.

"Unlike many erroneous statements to the contrary, the basic rights of millions of Germans are not being violated," Pofalla said, adding that, in the government's view, the spying allegations against the US and the UK were now "off the table."

Pofalla was questioned on how much the German government knew about the NSA's spying activities on ordinary German citizens.

The head of the Social Democrats in parliament, Frank-Walter Steinmeier, has called the government's decision not to let him testify in front of the parliamentary committee on the NSA scandal on Monday "outrageous."

Merkel's coalition government insisted Steinmeier could not be heard that quickly, as the committee did not have enough time to prepare.

"The fact that they refused me shows that Merkel's government is not interested in clearing things up," he said on Monday.

The government said last week that Steinmeier, who used to be chancellery minister and thus in charge of coordinating Germany's secret services, supported an agreement to strengthen the cooperation between the NSA and Germany's BND.

Steinmeier, who insists the agreement served to investigate the September 11 attacks in the US rather than the wiretapping of ordinary citizens, then offered to testify immediately, but was refused.

BND president Gerhard Schindler's testimony was also be heard by the committee.