German prosecutors have charged a 27-year-old woman with taking a 5-year-old girl as a slave in Syria and then letting the child die of thirst. The German had traveled to the Middle East to join the "Islamic State." 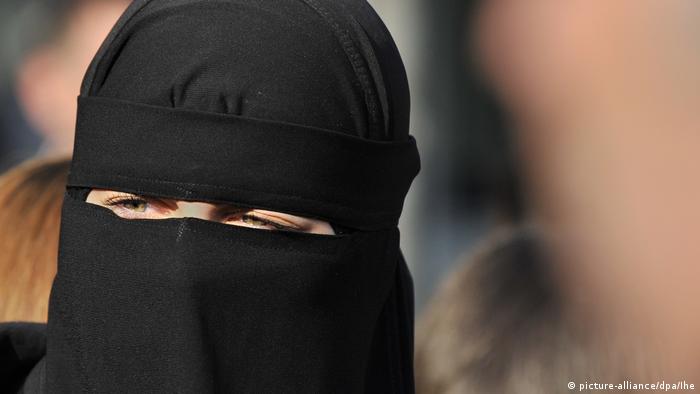 A former member of the "Islamic State" (IS) group is facing war crimes charges in Germany over the death of a child, German prosecutors said on Friday.

Authorities said that Jennifer W. and her husband, also a jihadi, bought a 5-year-old girl as a household slave in 2015.

"After the girl fell ill and wet her mattress, the husband of the accused chained her up outside as punishment and let the child die of thirst in the scorching heat," they said in a statement.

"The accused allowed her husband to do so and did nothing to save the girl."

Months after the child's death, Jennifer W. traveled to Ankara to apply for new identity papers at the German embassy. However, she was arrested by Turkish security services upon leaving the building, and extradited to her home country.

She was initially allowed to return to her home in northwest Germany. However, her "declared goal" has been to travel back to IS-controlled territory, prosecutors said.

German police arrested her while she was trying to make the trip in June 2018, and the case is currently in pre-trial phase.

She became the first German woman to be prosecuted for IS membership, and could face a life sentence if convicted.

On the IS payroll

The 27-year-old allegedly first traveled to Iraq and Syria to join the jihadi militia in 2014.

Subsequently, she joined the group's "morality police" and patrolled the parks of the occupied cities of Fallujah and Mosul.

"Her task was to ensure that women comply with the behavioral and clothing regulations established by the terrorist organization," prosecutors said in a statement.

"For intimidation, the accused carried a Kalashnikov assault rifle, a pistol, and an explosives vest."