German intelligence agency says terror perpetrators are ′controlled from afar′ | Germany | News and in-depth reporting from Berlin and beyond | DW | 14.09.2016

Hans-Georg Maassen, the head of Germany's domestic intelligence agency, has said terrorists are given orders through social networks. He has warned against a new kind of "hybrid warfare." 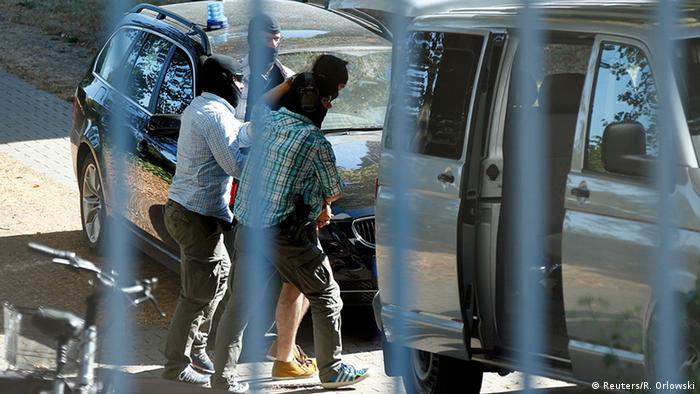 After the arrest of three Syrian terror suspects residing in northern German refugee shelters, Hans-Georg Maassen has sounded the alarm. "We are concerned about the new type of perpetrator who seems to be acting alone," the head of Germany's domestic intelligence agency, the Federal Office for the Protection of the Constitution (BfV), told journalists in Berlin on Wednesday.

Maassen said these potential attackers are presumably given orders by foreign terror leaders through encrypted instant messaging services. "This scenario is especially challenging for security authorities - as is the uncovering of sleeper cells," he stressed.

The three arrested on Tuesday may be members of a sleeper cell that waits for instructions from the so-called "Islamic State" (IS). Two of them, Ibrahim M., 18, and Mohamed A., 26, were brought before judges of Germany's Federal Court of Justice (BGH) after a hearing on Wednesday.

The third suspect has already been brought before BGH investigators. Authorities believe that IS sent the trio to Germany to "either to carry out orders or to prepare for further instructions."

Maassen said their case is an example of "hybrid warfare." Attacks are ordered through social networks like Facebook, WhatsApp and Telegram, where "perpetrators themselves are safe and not recognized." 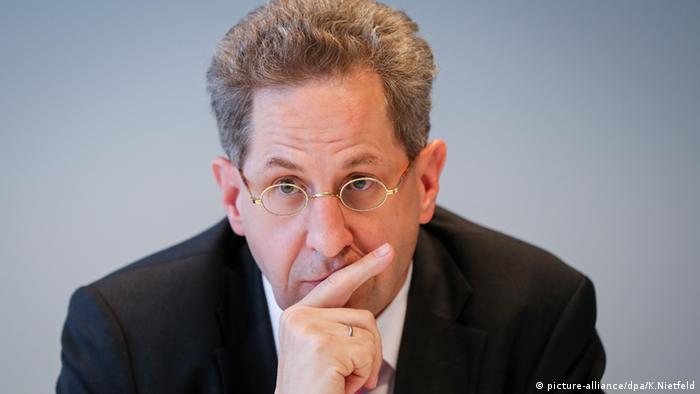 Security officials assume that the Internet is a central platform for radicalization, recruitment, communication and the management of potential attackers. This also applies to the marketing of attacks in video messages, for example. The virtual repertoire includes instruction manuals and a means of arranging contacts. Security officials consider the rapidly growing Salafist scene in Germany to be particularly susceptible to recruiters. According to the BfV, the number of Salafists in Germany has risen from 8,900 to 9,200 since the end of June.

In order to effectively respond to the dangerous situation, police officials, the BfV and Germany's foreign intelligence agency, the BND, must be massively upgraded and equipped with new technology and personnel. Maassen has previously brought attention to the precarious situation. So-called returnees who temporarily joined IS in Syria and Iraq must also be seen as dangerous.

Terror groups are trying to attract new recruits from among the many refugees who have recently arrived in Germany. In order to better recognize the ensuing risks, the BfV has developed a guide whose title can be translated into English as "How do I recognize extremist and intelligence activities?" The guide says one can categorically assume that members or sympathizers of "extremist or terrorist organizations" can be found among refugees. At the moment, the arrest of the three suspects on Tuesday seems to confirm this theory.

Salafist Sven Lau, whose trial started on Tuesday, is hardly Germany's first extremist facing a conviction. DW takes you into the court room for five of the country's biggest trials against Islamists. (06.09.2016)