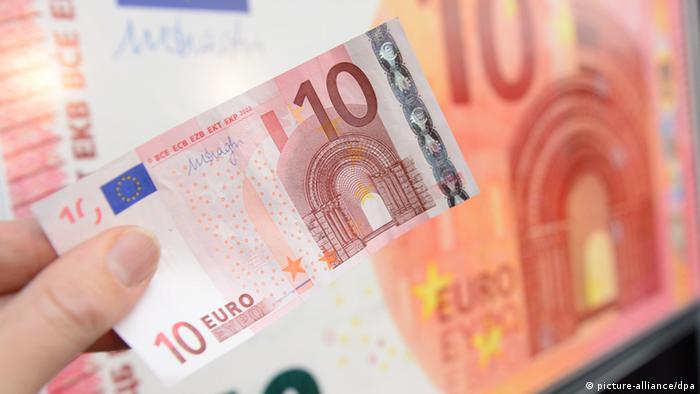 Data released on Thursday showed inflation in Germany remained stuck in August at 0.8 percent annually, its lowest level in 4 years. The rate is unchanged on July and far below the European Central Bank's (ECB) target of at or just below 2 percent.

Inflation has been at extremely low levels across the eurozone for some time now, prompting concerns the currency bloc could slide into deflation; prices in Spain fell 0.5 percent in August.

Those concerns saw the ECB lower interest rates to an historic low of 0.15 percent in June, and to begin charging banks for overnight deposits. ECB President Mario Draghi also recently gave broad hints that the bank is considering another round of quantative easing. His comments have sent eurozone bond yields to record lows; Spain now borrows more cheaply than the US.

With constantly falling prices, deflation looks deceptively like a boon for consumers. However it paradoxically reduces household spending and investment as consumers and companies await even cheaper prices further down the line.

Adding to the deflationary picture, the ECB says loans to eurozone private businesses and households declined last month by 1.6 percent year on year. Although a marginal improvement on June's 1.8 percent, most analysts say the overall picture is so weak that some kind of ECB action is increasingly likely at its regular policy meeting next Thursday.