The leaders of Germany's Green Party have faced some tough tests in their first weeks in office. Now they have to manage the expectations of their young members at a party conference. 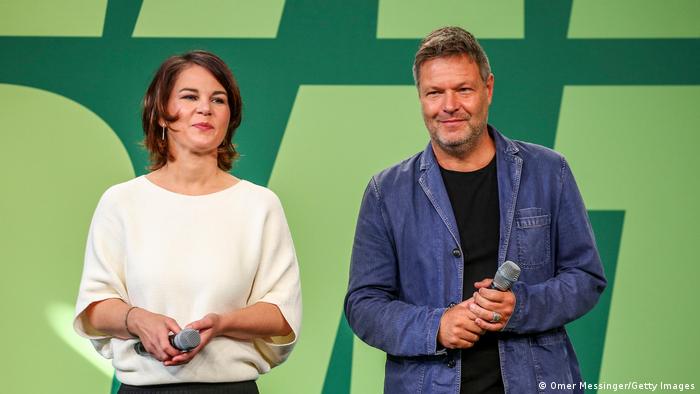 It's been a long time since Germany's Green Party could look forward to a party conference with such confidence. Having reentered government in December for the first time in nearly two decades, the party with an environmentalist bent has been making eye-catching headlines in its first two months in office.

Meanwhile, her colleague, Economy and Climate Protection Minister Robert Habeck was seen asserting his party's climate plans during his own diplomatic trip to Bavaria, where he tried to persuade conservative State Premier Markus Söder to change the state's wind-farm regulations.

Not all the press has been positive, of course. The party leadership has been embarrassed once again with revelations that it improperly paid the six board members the same COVID bonuses of €1,500 ($1,700) it paid out to staff, resulting in an investigation by state prosecutors. The scandal, though relatively short-lived (the money was swiftly returned), was particularly awkward for former chancellor candidate Baerbock, as it recalled her own failure to report her income in full to parliament last year.

But the story does not seem to have done lasting damage. Current opinion polls show the party is polling solidly, between 15% and 16%, compared to the 14.8% vote share it took at the election last September.

Wolfgang Schroeder, political scientist at Kassel University, thinks the two Green leaders have made a professional impression in their first weeks in office, especially given the escalating COVID crisis at home and the Ukraine crisis abroad.

"They've got through this first period without any major setbacks, even though it has been a very difficult time," he told DW. "There's never been a German government that has been presented with such difficult circumstances right at the start. There's no 100-day honeymoon period. Instead, just direct demands to act and react in uncertain times."

"The Greens are getting a lot of tailwind from the media," agreed Hubert Kleinert, a politics professor at the Hesse University of Applied Sciences and himself a former Green party Bundestag member.

But how effective is all this publicity? "It's difficult," said Kleinert. "I'm still of the opinion that it's unrealistic that the party will reach its own goals on the climate. The resistance is much too great."

Indeed, a closer look at Green Party strategy since the government was sworn in early last month suggests a leadership that, for all its ambitions, is also quietly dampening the expectations of its young, vital voters.

Some thought it was a particularly canny move of Habeck to start his tenure in December with a stocktaking press conference in which he pointed out that Germany was on course to miss its climate targets. "He marked out a kind of starting position, in which he tried to manage the party's far-reaching ambitions," said Schroeder.

Of all of Germany's major parties, the Greens have the youngest members and the fastest growing membership in the last few years. "It's also the party where the generational conflict is clearest," said Schroeder. "Because of course, the younger generation wants more radical solutions and more implementation of those solutions."

Most experts agree the government's climate policies won't be realizable in one four-year tenure, said Schroeder. "But at the same time people need to know that people are making an effort so that the disappointment about not reaching those goals won't fall on those who originated the program," he said.

The Green Party's plans mean that conflict and disappointment are likely to play a big role over the next four years. "The more ambitious the policies are, the more conflicts between targets will arise," said Schroeder. And it follows that the more conflicts arise, the more disappointed people will be. That's why it'll be important how the Greens deal with their politically engaged supporters in the coming months and years. 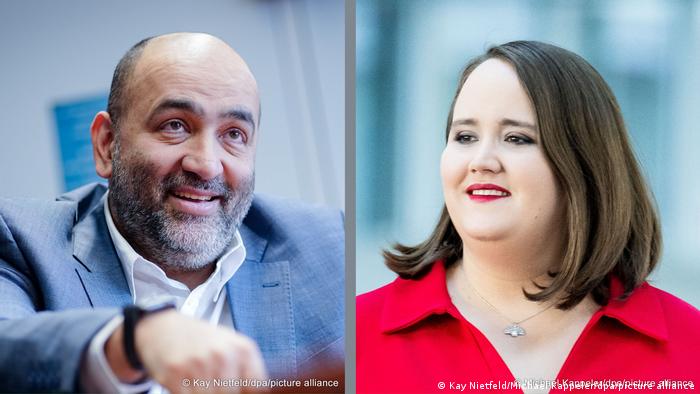 It also raised the stakes for the party conference in late January, when the Greens had to replace Habeck and Baerbock as leaders, thanks to the strictures of its idealistic party rules: Green Party members who hold a political office are not allowed to also be party leaders.

The idea that the party must be separated from government is in stark contrast to, say, the center-right Christian Democratic Union (CDU), which sets great store in unifying the offices: Angela Merkel remained sole party leader for nearly the entirety of her time as chancellor.

Some, like Schroeder, don't think the Greens' rule is particularly practical. "Fundamentally I think it's a big problem that the people who are in power in government have to stand at the margins in the party," he said. "It means either that there will be two centers of power, or the party leaders define themselves not so much as leaders but as general secretaries. And that would then make them just the press department of those in government."

"I'm sure it'll be quite difficult for [Omid] Nouripour and [Ricarda] Lang to position themselves in this patchwork of power," said Kleinert, referring to the new party leaders. "The way the Green Party is set up — we know this from last time they were in government [under Social Democrat Chancellor Gerhard Schröder from 1998 to  2005], the party leaders can get pushed into the role of poor relatives."

But the choices of the new party leaders are nevertheless interesting: One is Omid Nouripour, an Iranian-born foreign policy expert who has accumulated much respect over 15 years in the Bundestag and won his seat outright in Germany's banking capital, Frankfurt, last September. The 46-year-old is very much a success story from the Greens' last generation, a pragmatic member of prestigious clubs like the Atlantik-Brücke (Atlantic Bridge), a cross-party network of political, cultural, science and business leaders that fosters US-German relations.

Meanwhile, Ricarda Lang, the 28-year-old Green women's policy spokeswoman, is a feminist of the new generation who sits squarely on the party's left-wing and represents an important section of the party's new young voter base.

"It's an interesting combination," said Schroeder. "Their age, their backgrounds, their political leanings: Nouripour is an ultra-realpolitik exponent, and Ricarda Lang is more ideologically and ethically driven. This is a pair that tries to cover the different wings of the Greens."

The choice is in stark contrast to outgoing co-chairs Habeck and Baerbock, who both stood on similar political foundations. "They were unified by their will to achieve power, and both had a very strong pragmatic approach," said Schroeder.

Not that this weekend's party conference is likely to bring much criticism from the membership. For one thing, it will be a purely digital conference, which means little opportunity for open debate. Secondly, the party is still enjoying the unaccustomed taste of government. At least inside the party, honeymoon is not over yet.