The coronavirus means that millions more Germans are now using the internet more, with Netflix and YouTube already reducing quality to cope. The German digitalization commissioner insisted to DW there won't be a problem. 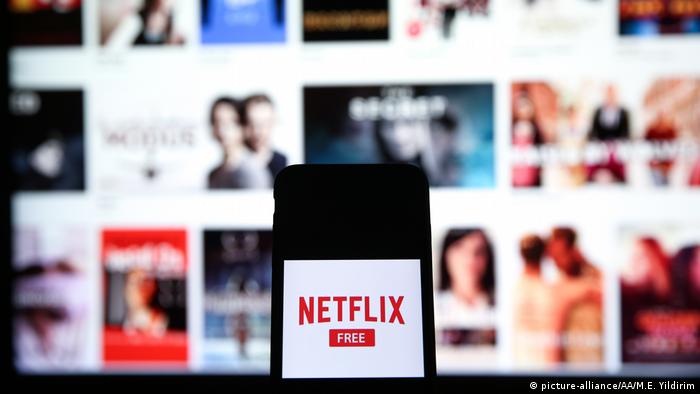 The German digitalization commissioner has told DW that Germany will not have a problem with network capacity, even though Netflix and YouTube have already reduced streaming quality in Europe to cope with extra strain.

Dorothee Bär told DW on Friday that Germany will not face any problems with network capacity as millions of people work from home and spend more time using streaming services. "We are not worried," she insisted.

Many people are using internet video chat services more owing to nationwide "social distancing" measures and lockdowns put in place to slow the spread of COVID-19.

"Even if we all are online, if everyone is working from home in Germany, if everyone decided to stream the football World Cup and UEFA — we would still not reach capacity," Bär said.

Streaming platforms Netflix and YouTube confirmed earlier on Friday that they will lower video streaming quality within the EU to attempt to counter the problem of networks becoming clogged with too much use.

The European Commissioner for Internal Markets Thierry Breton welcomed the news, having previously negotiated the move with Netflix's CEO.

Most network providers have yet to report problems in Europe, as millions have stayed at home under lockdown or owing to restrictions on public life in an attempt to fight the spread of coronavirus.

Read more: Will the coronavirus change the way we work from home?

Schools across much of Europe, including Germany, have also been closed, and teachers have also taken to digital solutions to teach students. Bär said this is going remarkably well.

"I would be very satisfied — if we weren't in the middle of such a serious crisis — that people are finally waking up to the opportunities of working from home," she said.

Bär also emphasized the important role that the digital world plays in keeping the country going.

"We still have a functioning country: food and logistics remain operational; we have one of the best health systems in the world," she said.

In addition to stripping back video quality, Netflix also announced a $100 million (€93.75 million) relief fund to help artists around the world unable to work as coronavirus puts public gatherings and events to a halt.

The majority of the fund will help Netflix's own hardest hit workers.

Museums are closed, but the Biennale für aktuelle Fotografie is still on show — online. Germany's largest photo festival, usually held in Ludwigshafen, Heidelberg and Mannheim, offers a digital version of the exhibition. (20.03.2020)