There can be no more "faits accomplis" by the US in light of the submarine row with France, German Foreign Minister Heiko Maas has told DW. He called the US decision on the AUKUS pact "sobering" for European allies. 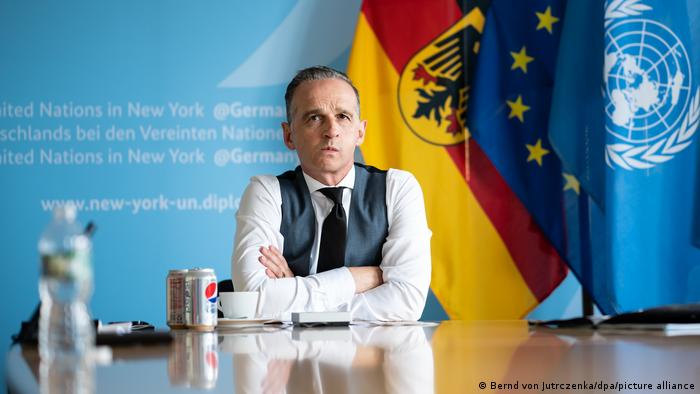 German Foreign Minister Heiko Maas called for closer US-EU cooperation in the Indo-Pacific region in an interview with DW on Thursday.

Maas said the way the new strategic partnership in the Indo-Pacific region between the United States, Australia and the United Kingdom (AUKUS) came about was "sobering" for Germany and other European allies.

Germany's top diplomat said the US must consult with allies regarding such important strategic decisions and added there should be no more "faits accomplis."

What Maas said about Europe and the AUKUS pact

The AUKUS pact canceled a deal France had signed with Australia in 2016 to build conventional submarines — with Canberra instead opting for nuclear-powered submarines from the US.

"Of course everyone asks themselves: What if this happened to us? This caused a lot of disquiet," Maas said.

"We in the EU need an Indo-Pacific strategy that's coordinated with the US. There can't be any decisions that cast doubt on that," Maas said on the sidelines of the UN General Assembly in New York.

He said increased US engagement in the Indo-Pacific region and potential reductions in other regions "inevitably poses questions for the EU: What about our own engagement? Particularly in our immediate neighborhood."

"It will be necessary to have a European position of our own, what we call European sovereignty," he said.

Maas commented on recent efforts by the US and France to make amends after the diplomatic dispute over the submarine deal.

France recalled its ambassador to the US after the move.

The German foreign minister said it was a "good thing" that President Joe Biden and French President Emmanuel Macron had spoken by phone on Wednesday. Macron told Biden he had decided to send his ambassador back to Washington.

The center-left Social Democrats and Greens presented a united front in the third and final TV debate, with a snap poll seeing the SPD's Olaf Scholz as the clear winner. But the CDU's Armin Laschet remains close behind.