German prosecutors have searched offices of the German Football Association (DFB) in five states. A tax fraud investigation is looking into the conduct of six former and current DFB bosses, according to media reports. 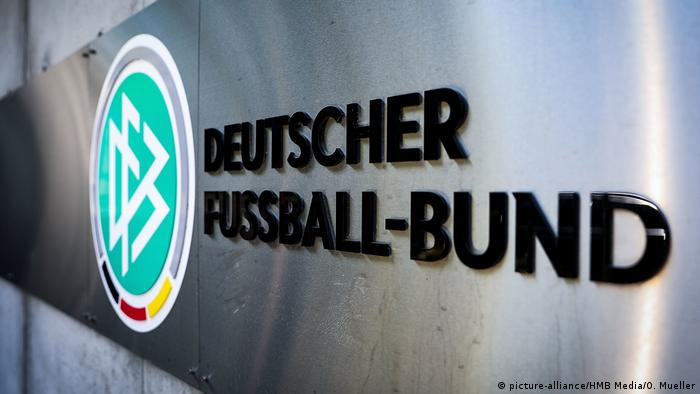 Frankfurt prosecutors said on Wednesday that the headquarters of the German Football Association (DFB) — the world's biggest sports federation — and the homes of DFB officials have been searched on suspicion of tax evasion.

Around 200 officers took part in the searches, including tax officers and federal police.

Investigations are largely directed against six former or current executives of the DFB. They are accused of having deliberately falsely declared advertising income in 2014 and 2015 on national team home games.

The DFB is suspected of "knowingly" falsely classing revenues as stemming from asset management to reduce their tax burden, according to a statement from senior public prosecutor Nadja Niesen.

This is the latest in a series of legal cases with which the world's biggest football association has been entangled in recent years. The six people have not been named though.

President at the time was Wolfgang Niersbach, who stepped down from the role due to the unresolved scandal involving a high-profile investigation that queried the awarding of the 2006 World Cup to Germany and the way some money was spent in the run-up to the tournament. 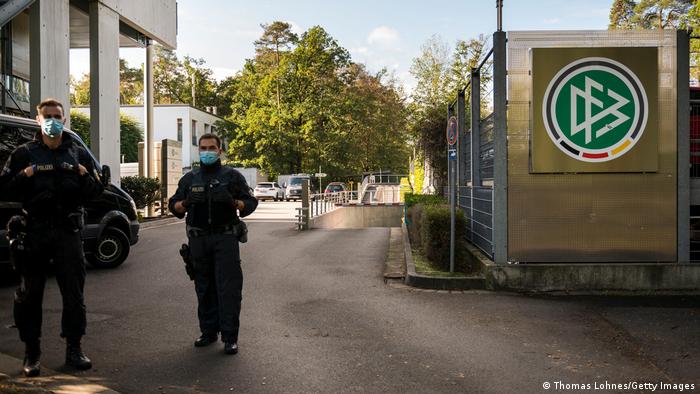 Police officers stand outside the headquarters of the German Football Federation (DFB) following the raid on Wednesday.

The accusations in question are specifically to do with perimeter advertising at sports stadia. The DFB recently "amicably" ended its cooperation with its marketing agency Infront after almost 40 years after reports emerged of possible financial irregularities.

Those reports stemmed from an investigation conducted by consulting firm Esecon. Infront had been commissioned to procure perimeter advertising partners for national team games until 2018. According to Esecon's report, the company was awarded the contract in 2013, even though a competitor had bid up to €18 million ($21.19 million). That alone seemed strange.

Wednesday's statement from the public prosecutor's office implies that the DFB leased the business to Infront in order to avoid tax payments. The prosecution explains: "By a contract dated 11 December 2013, the DFB is said to have leased the right to allocate the advertising space in the venues of international matches of the national soccer team to a Swiss company for the period 2014 to 2018. However, this company are said to have had no room to maneuver pertaining to the selection of advertising partners."

The latest accusations come while the DFB is still trying to clean up its act and image after theWorld Cup 2006 scandal. Proceedings for tax evasion are still pending with the Frankfurt public prosecutor's office. The legal aftershocks of the 2006 World Cup revolve around a dubious and still unresolved payment of 6.7 million euros.

The then head of the World Cup Organizing Committee, Franz Beckenbauer, received the payment in 2002 as a loan from the now deceased entrepreneur Robert Louis-Dreyfus. In April 2005, the DFB transferred the sum to the world association FIFA as a contribution to a gala that later never took place.

The proceedings against, among others, three former top DFB functionaries in Switzerland were discontinued at the end of April because of the statute of limitations. At the request of the current DFB boss Fritz Keller, however, the association intends to have the events of that time thoroughly investigated again.

In response to the new allegations, Keller said he wanted to "cooperate fully". At the federal press conference on an initiative "My Voice against Hatred", Keller declared on Wednesday: "[The DFB] will support everything comprehensively. I am in favor of full transparency, and I am in favor of education, simply to have a clean future for football. Football has not deserved this."

French prosecutors have confirmed they have opened an investigation into alleged match-fixing in a French Open tennis competition women's doubles match. The match took place on September 30.