Extreme weather brings "extreme challenges," Germany's farmer association said while presenting their report on this year's harvest. The farmers urged the government to help bring in seasonal workers from outside the EU. 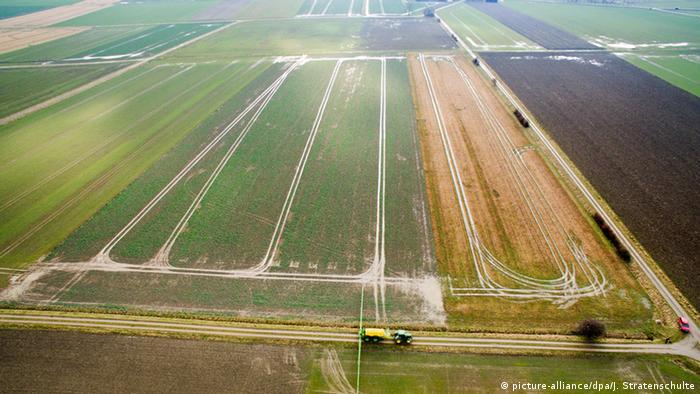 German farmers faced problems growing fruits and vegetables this year and the grain harvest is also expected to be "slightly below average," the national farmers' group said on Friday.

"Regional weather extremes are still on the rise" the Deutscher Baurenverband (German Farmers' Association) said in a press release.

Grain harvests were set to be around 6% smaller than typical values for the period between 2013 and 2017, and around the same as 2018, another atypically hot and dry summer in Germany.

"We are feeling climate changes," said the association's president Joachim Rukwied in Berlin. "In some regions, farms had to endure a miserable harvest yet again."

At the same time, the association emphasizes that not all crops were equally affected by the heat waves and storms in 2019. For example, while apples and strawberries yielded less fruit, cherries are expected to perform much better. Rukwied also predicted that this year's wine would be of "very good quality."

Read more: Vegetables that Germans love that you might never have tasted

The farmers' representative urged the government to cut taxes and invest capital into building an insurance system, so the farmers would not take the brunt of weather-related risks.

The association also urged more migrant labor, saying there were difficulties in securing enough seasonal workers from EU members Poland, Romania, and Bulgaria. They called on German politicians to create "effective accords for employment of seasonal workers" from outside EU borders.