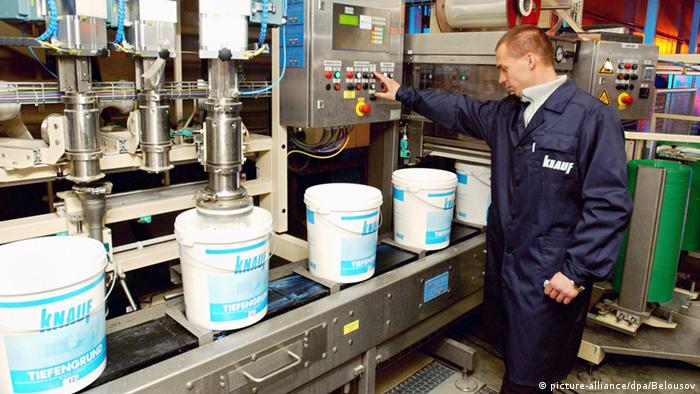 Despite current political tensions and frequent concerns over the rule of law, a number of emerging economies have recently been able to enhance their attractiveness vis-a-vis German family-run businesses, a new survey by the Leibniz Center for European Economic Research (ZEW) bears out.

The study says that many emerging nations have increased their efforts to become more attractive to foreign small- and medium-sized businesses across Germany.

According to ZEW's most recent ranking, Russia was able to defend its top position as the emerging market that German family firms trust most. They said they were highly pleased with the skilled workers on the ground, but also mentioned the favorable situation pertaining to taxation and low energy costs in Russia. The country retained its top slot depite getting extremely bad marks for its democratic institution-building endeavors.

Runner-up Turkey was also perceived to have taken a string of measures to enhance its attractiveness for both domestic and foreign investors, with German family businesses embracing the nation‘s favorable tax laws and liberal regulatory stipulations.

China was also among the emerging economies where German family firms registered improvements,making investments easier for them. They did complain, though, about a lack of skills among the workforce and low productivity.

The ZEW survey points out that South Africa has showed the worst development among the big emerging economies last year in the eyes of German family-held firms.  "This is a reflection of what happened under the nine-year presidency of Jacob Zuma, who only stepped down in 2018, and who had caused investors to lose faith in his country,” said the author of the study, ZEW's Friedrich Heinemann.

In last place in the current ranking is Brazil, where the situation was bad and continues to be unfavorable, the study finds in pointing to the country's weak infrastructure and hostile regulatory environment.

The survey concludes that nations such as Russia and China have strong potential to do a lot more business with the European Union, adding that further improvements largely depend on the easing of political tensions.

ZEW researchers don't fail to note that the results of the study should prompt German policymakers to rethink their economic policy.

"Emerging markets are becoming increasingly attractive as business locations for family-run companies across Germany," the study emphasizes, adding that in many of these countries regulatory restrictions are being removed, and so is a good deal of state control over markets.

"This development is in stark contrast to the situation in Germany where policymakers have bent over backwards to regulate and intervene."

CEO Joe Kaeser tells DW the German conglomerate hopes to raise its investments in Russia despite EU-US sanctions. He said it was "regrettable" that several Siemens power turbines ended up in Russian-annexed Crimea. (16.02.2019)