European politicians have increased calls for sanctions against the ex-chancellor for representing Russian interests. Ukraine's foreign minister said sanctions must target "those who are pushing Putin's projects abroad." European politicians have increased calls for sanctions against former German Chancellor Gerhard Schröder for representing Russian interests in Europe and elsewhere, most notably in the energy sector.

Ukrainian Foreign Minister Pavlo Klimkin told German daily Bild that the EU must consider how to respond to Schröder's position as "the most important Putin lobbyist in the world."

"It's important that there are sanctions not only against Russian government officials and Russian state-owned companies, but also against those who are pushing Putin's projects abroad.

Described as Putin's most important oligarch by the Wall Street Journal, Schröder has maintained close ties with Russia. Last year, he took a seat on the board of state-owned energy giant Rosneft, which is a target of EU and US sanctions.

After losing out to German Chancellor Angela Merkel in 2005, Schröder took a spot in the Nord Stream pipeline consortium controlled by Russia's Gazprom. He later became chairman of the Nord Stream 2 shareholders' committee.

Before taking on the Rosneft post, he defended his decision and lashed out at his critics, saying: "This is about my life, and I decide – not the German press." But some German politicians have disagreed. 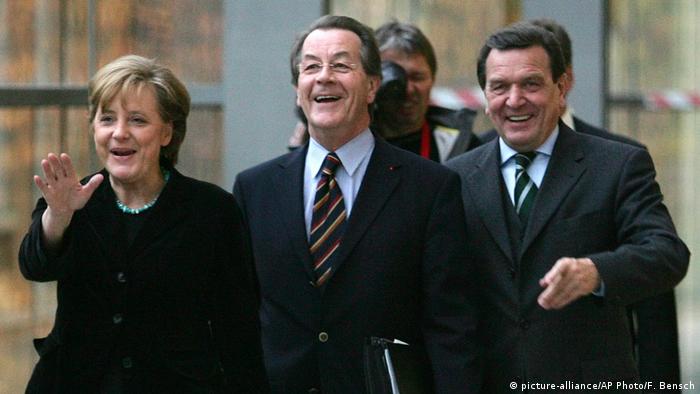 It is "a scandal that a former chancellor now represents the interests of Putin," Elmar Brok, a member of the European Parliament and foreign policy expert of Merkel's Christian Democratic Union (CDU), told Bild in an article published on Monday.

Green lawmaker Cem Özdemir told Bild that "it is all the more annoying now that he has mutated into Putin's propagandist."

Last year, Merkel described the former chancellor's decision to join Rosneft as "out of order," saying: "I don't think what Schröder is doing is okay."