Authorities have deactivated an unexploded bomb after evacuating several hundred locals. Voters in the neighborhood had been warned not to go out and vote during the operation. 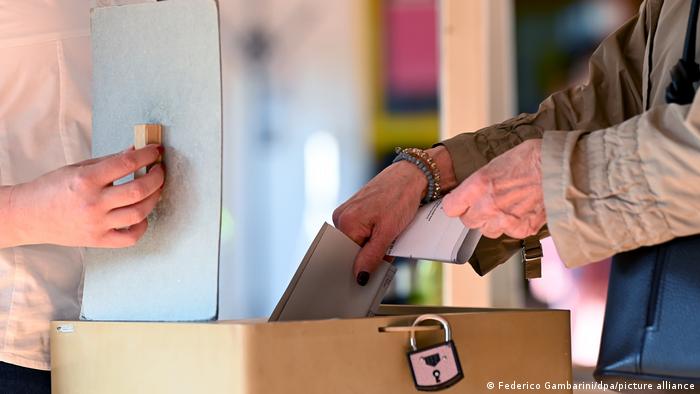 Voters in the western German city of Wuppertal faced an extra hurdle on Sunday as the country headed to the polls to vote for a new Bundestag.

Authorities in the city — which is famous for its suspension railway line — were forced to evacuate several hundred people after they discovered an unexploded bomb dating back to World War II.

The bomb was found on Saturday evening. By Sunday morning, some 400 people living in a 250-meter (820-feet) radius of the site had been moved to a temporary shelter inside a local school.

People living in a wider 500-meter radius were told to stay in their homes until the bomb had been defused, according to a statement from Wuppertal city officials.

A spokesperson for the evacuation team said that "there are no time difficulties" and assured that all citizens would still be able to vote before the end of polling at 6 p.m. (16:00 GMT/UTC).

Five polling stations were included in the wider zone. However, the stations did not close, and some people who ignored the official warnings were still able to go and cast their vote, news agency DPA reported.

The excitement came as Germans were voting on the country's next parliament, the results of which will decide who replaces Chancellor Angela Merkel in the top job.

The discovery of bombs left over from fighting during World War II is a somewhat common occurrence in Germany.

An unexploded device was detonated in a controlled manner in the western city of Dortmund in August. Authorities had discovered the 250-kilogram (551-pound) bomb of British origin while investigating a building site. Several thousand people were evacuated for a day during the operation.