Defense Minister Ursula von der Leyen has called for Germany's military to be equipped with armed drones. She said that parliament should decide when to deploy the unmanned war machines. 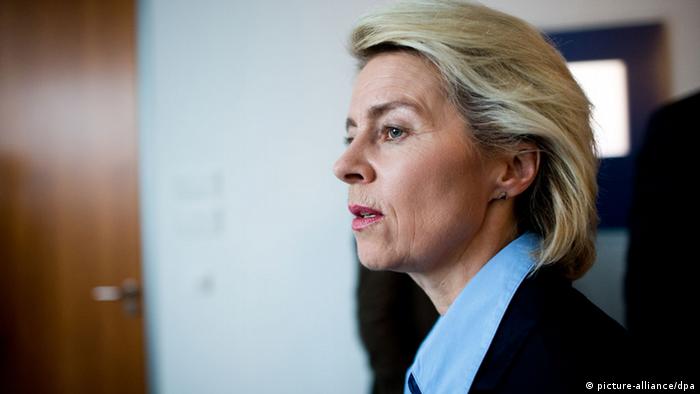 In an interview with the daily Süddeutsche Zeitung, Defense Minister Von der Leyen has come out in support of equipping the German military with armed drones, saying that they would be deployed only to protect troops in combat zones.

Breaking her silence on the issue, the defense minister said that parliament would decide case-by-case whether to deploy armed drones. The Christian Democrat went on to say that Europe should develop its own drone model, but that such a project could take a decade and would require partners.

Currently, the German military does not have its own drone arsenal. Instead, the armed forces lease surveillance drones of the model Heron 1 from Israel to conduct reconnaissance missions in Afghanistan. The model is not capable of carrying weapons.

The contract with the Israeli company IAI expires in a few months. High-ranking members of the German military have spoken out in favor of leasing new drones capable of carrying weapons after the current contract ends. According to the military brass, drones can respond quicker than warplanes or helicopters to soldiers' calls for air support.

"If you've experienced how soldiers in combat feel when they are waiting for support from the air, you know how long a minute can feel in which you could possibly die," said Hans-Werner Fritz, the commander of the German military's mission command center in Potsdam.

The opposition Left party and the Greens have both spoken out against equipping the military with armed drones.

Earlier in the week, Von der Leyen sought to dispel the ethical concerns expressed by the opposition, saying that Berlin wanted to use such weapon systems for defense, not as "automated killer drones."

SPD defense expert Rainer Arnold has said, however, that Berlin should acquire the Israeli drone model Heron TP, which is capable of carrying weapons. Arnold said that the drone initially should not be armed.