German culture commissioner Grütters: 'I was going through withdrawal' 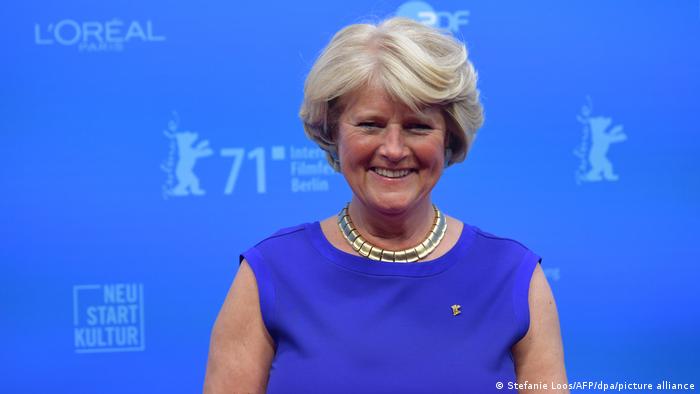 Monika Grütters speaks about her nearly eight years in office with satisfaction. Since 2013, the moderate politician representing the center-right Christian Democratic Party (CDU) has defined the direction of German cultural policy "with enthusiasm and passion," she says.

In the run-up to the German parliament (Bundestag) election in September, Grütters sees many of her goals achieved. Will she continue? "That will be decided by the voters," she says.

Grütters, who was born in 1962, herself notes that she is Europe's longest-serving culture commissioner. It is especially noteworthy in a country like Germany that does "a great deal for its culture compared to other countries."

"For that," says Grütters, "I am grateful to Angela Merkel" — the longest-serving incumbent head of government in the European Union. 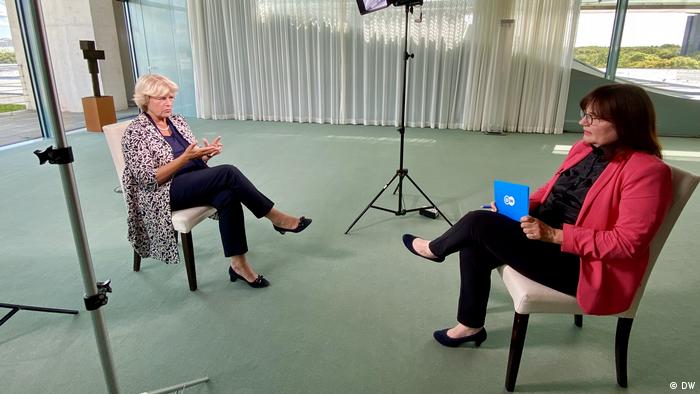 COVID pandemic was a stress test

That sounds like relief. After all, the coronavirus pandemic has proved to be the greatest challenge during Grütters' time in office: Museums, theaters, concert halls and cinemas had to close down all over the country — despite sophisticated prevention concepts. Nothing was operating anymore, and an entire industry went into a tailspin.

"What affected me most was the real, genuine, recognizable and also literally palpable distress of the artists," Grütters told DW. "Those working in the arts struggled so hard for visibility, for fear that their importance to society as a whole would not be properly seen." But then, they didn't know Monika Grütters very well.

As a "culture" politician she has always seen herself as a "lobbyist" for the cultural sector, which is Germany's second-strongest economic sector in terms of GDP. That is why she has lobbied for billions of euros in COVID pandemic aid, she explains. 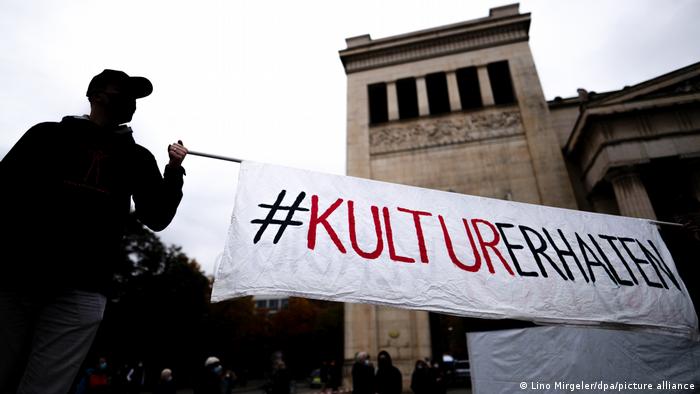 "I had to fight and say: Please pay attention to the creative sector as well ... as an economic sector," says Grütters. "It was also about the overall social recognition and importance."

Nevertheless, the prevailing notion was that "if we close the schools, then we can't explain to anyone why a theater is allowed to be open."

But it has not only been the arts and artists that have had to make great sacrifices, the minister emphasizes. Audiences have also had to give up a lot.

"I myself felt like I was going through withdrawal, and I think many people felt the same way," she said.

During the pandemic, cultural stimulation and the opportunity for exchange of ideas and opinions has been lost. Important topics were no longer discussed on the public stage but in private spaces.

"It's not just about fun, it's not just entertainment, it's a very important critical corrective in our community, important for democracy," says Grütters of the role of culture in society. 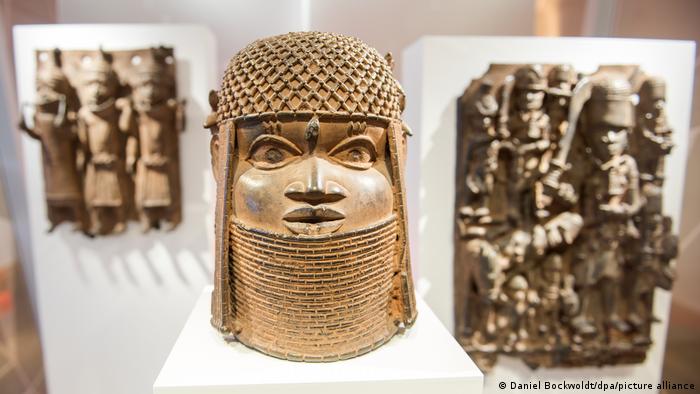 Three looted Benin Bronzes on display in Hamburg in 2018: Germany is starting to address the colonial past through the restitution of such bronzes back to Nigeria

In the DW interview, Grütters welcomed the debate over colonial looted art, which has gained momentum during the pandemic, and which she says is long overdue.

"Germany's colonial past has long been a blind spot in our culture of remembrance," she says. She noted that Germany has been coming to terms with its more recent history, beginning with World War I and II. "But the period before that, Europe's colonial rule over Africa, is only now coming into perspective. That's good for us."

She says that Germany is willing — as in the case of the so-called Benin Bronzes — to return looted art. The valuable metal panels and sculptures had adorned the royal palace of the Kingdom of Benin, in what is now Nigeria, from the 16th century. They were then looted in their thousands by British colonial rulers and taken to Europe and the US in 1897.

Some of the stolen art found its way into the collections of German museums by way of the art market.

"The context of origin is a context of injustice," Grütters stresses. "And that's why we are ready for restitution." The first pieces could — "after a intense dialogue process" — be returned to Nigeria as early as next year.

The Benin bronzes were actually intended to be the main attraction of the new — and already much-criticized — Humboldt Forum, which is housed in the reconstructed Berlin Palace and is soon opening its doors.

Monika Grütters vehemently defends the Forum, which she says is a "new type of cultural house" and is "more than just a museum because it works in an interdisciplinary way." It is home to a movie theater, stages and conference spaces.

"People always claim that everything is so controversial and difficult, but no one has ever been inside yet," says Grütters. 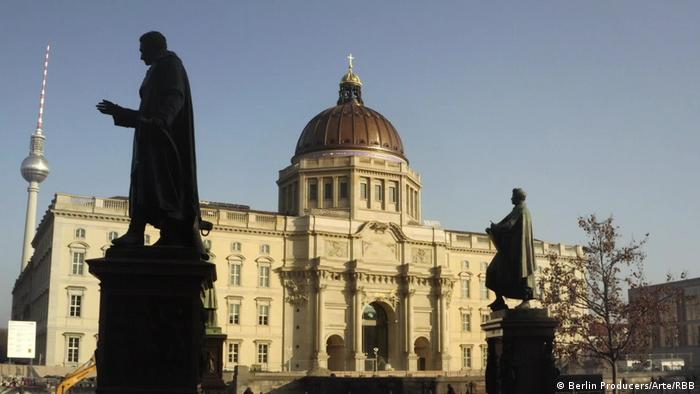 Pieces from non-European collections are also on display in the 42,000 square meter (452,100 square foot) space.

A "culture nation" like Germany is embracing diversity at the beginning of the 21st century. "That makes me proud," says Grütters.

Few countries would have "resisted the temptation to gloriously place themselves and their own history at the center," she said. But Germany had decided differently.

"We said no, the non-European arts should have their place there in dialogue with the Museum Island across the street, where Mediterranean history has its place, and so too German history."

The Minister of State and Federal Commissioner for Culture and the Media wants to emphasize Germany's cosmopolitanism. "We want to recommend ourselves as partners in the world," Grütters says.

After all, the name Humboldt stands for curiosity about the world.

"Alexander and Wilhelm von Humboldt really did advance intellectual history," she explains. "And it stands for great openness, for tolerance and for comparing one's own experience with what is possible in other regions of the world."

Grütters says she is working toward that goal "with great passion," adding that "I see no reason — other than an election — to stop."

A German music star has urged millionaires to contribute to livelihoods of the self-employed artists and stagehands largely ignored in COVID-19 bailouts. Herbert Grönemeyer said many, including roadies, face insolvency.

Study: How does the world see Germany?

Culture is a top priority, but Germany lags behind in the digital sector, according to a survey conducted abroad. Efficient, reliable but inflexible and hesitant — why Germans are respected, and what people dislike.

The cautious return of cultural events in Europe

From festivals to theaters, several European countries have begun to lift COVID restrictions and allow cultural events to take place with an audience again.