A German music star has urged millionaires to contribute to livelihoods of the self-employed artists and stagehands largely ignored in COVID-19 bailouts. Herbert Grönemeyer said many, including roadies, face insolvency. 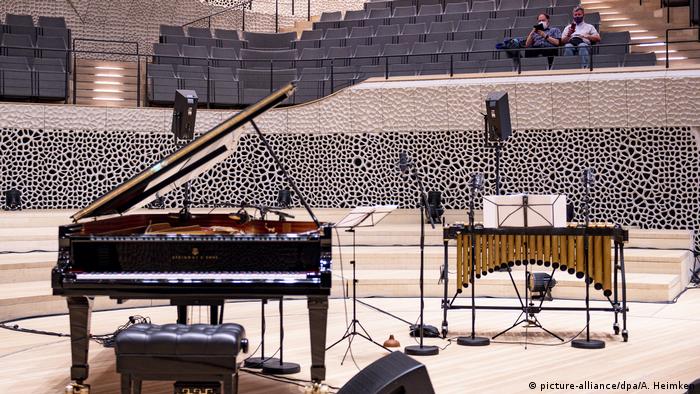 Singer Herbert Grönemeyer has appealed to Germany's 2 million millionaires to help freelancers deprived of earnings by the coronavirus pandemic, echoing calls from other stars, including violinist Anne Sophie Mutter and jazz trumpeter Till Brönner.

Monika Grütters, the German government's commissioner for culture and the media, called Grönemeyer's suggestion "really great." For months, Grütters has faced calls from artists warning that many of them cannot access a government unemployment scheme designed to help those furloughed in salary-based sectors.

Last month, Credit Suisse, in its Global Wealth Report, said 2.1 million millionaires lived in Germany, estimated in terms of assets or cash — among 52 million wealthy adults worldwide, with the United States and China leading the list. 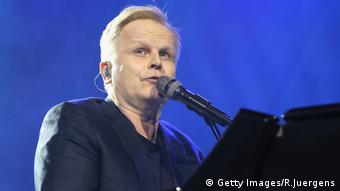 In a guest article published Thursday in the weekly Die Zeit, veteran singer-band leader Grönemeyer, 64, best known for his humanist song "Mensch," posited: "Would the time not be fitting for a special solidarity payment by [Germany's] wealthiest in this really rough autumn and an impending complete lockdown?

"If the wealthiest would declare themselves ready for a double special payment of, for example, €50,000 to €150,000 ($59,000-$178,000), both this year and next year, ad hoc, there would be around €200 billion per year available to secure livelihoods, avoid bankruptcies and to allay fears," wrote Grönemeyer, using the figure of 1.8 million German millionaires. 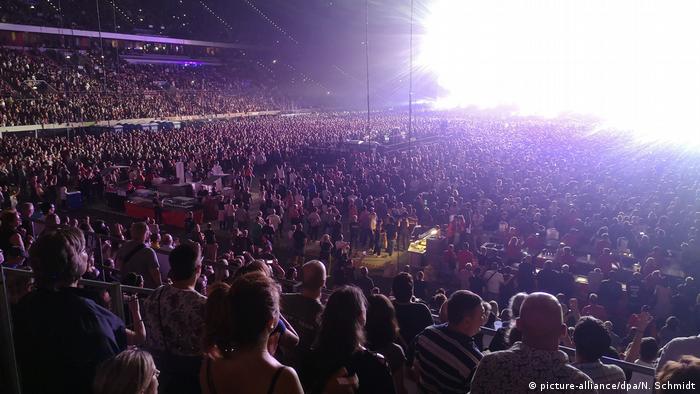 Concerts like this are a distant memory in Germany

Germany's enforced closures of cultural venues since March 13 had left "untold thousands" of his colleagues in hardship, said Grönemeyer, saying it was up to the rich to help skilled cultural professionals as a "family" that kept society together.

He was referring to a major difference between Germany's salaried work-force, entitled to social welfare, and touring solo freelancers whose earnings normally come from gigs, stage shows and displays — that largely have been canceled under German pandemic response measures. 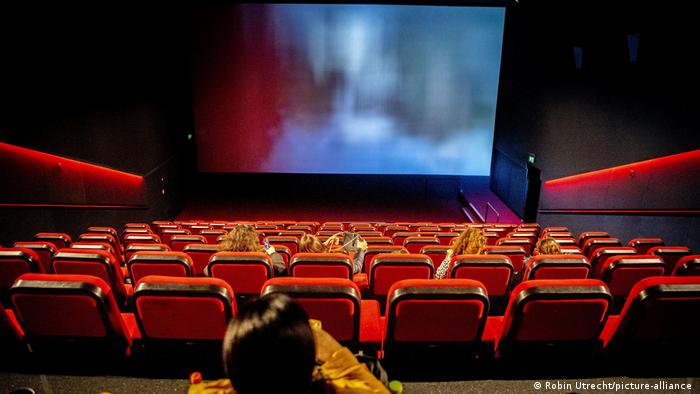 The cinema sector has also suffered during the pandemic

"Many solo freelancers face insolvency, they've already used up [their] pension stashes, because they don't have any unemployment insurance," Grönemeyer said.

Compared to salaried workers, who can fall back on state welfare, emergency provisions for freelance creatives was "insufficient" and access to federal government coronavirus funding schemes "too complicated," he argued.

On Wednesday, German public TV channel Phoenix broadcast a 42-minute report entitled the "Outcry of the Lone Battlers," documenting the hardships of 2.1 million solo freelances, a "significant group forgotten in the coronavirus crisis."

While salaried employees could turn to their companies, works councils and trade unions, and be put on subsidized short-time work arrangements, solo-self-employed had been left mostly "empty-handed," they added.

In the event sector, this also applied to "highly specialized IT and management consultants, interpreters, lecturers, graphic designers and many more," said Phoenix reporters Mona Hack and Klaus Weidmann.

Many musicians 'living on the poverty line'

Violinist Anne Sophie Mutter, receiving her Opus Classic instrumental award in Berlin's Konzerthaus late last month, said she did so representing 50,000 musicians in Germany, "two-thirds of whom are solo self-employed." 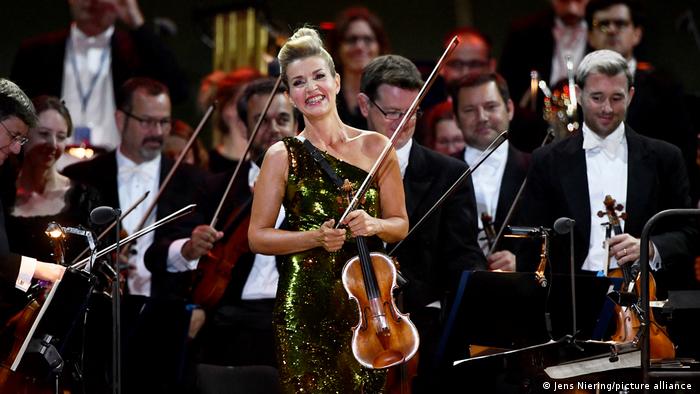 "Many of my music colleagues are now without work and are living on the poverty line," Mutter said.

Many depended on performing at concerts, Mutter added. But the lockdowns affected more than only artists, she said, pointing to "the graphic artist, the lady in the cloakroom, the caterer, the event organizer."

"We need them so that we together get through this crisis," insisted Mutter, saying offerings such as books, song and film comprised a "treasure trove" that provided consolation and helped citizens through social distancing and isolation.

state schemes so far did not recognize the "professional realities" of his colleagues.

Star trumpeter Till Brönner, at a talk show Sunday on German ARD public television alongside Angela Merkel's Chancellery chief Helge Braun, said state schemes so far did not recognize the "professional realities" of his colleagues.

He said artists were not upset because they disagreed with the restrictions put in place to stop the spread of the coronavirus, but because the industry had faced the same problem since February and has made no progress.

"We have the absolute full lockdown. And everyone in this sector knew on day one, as it happened, that we would probably have to deal with it for a year and probably much longer," Brönner said, adding that his colleagues were on the brink of collapse.

Braun, who is by training a medical anesthetist, replied that to avoid a collapse of Germany's health system there was only "one effective means."

"We must reduce contacts. And therefore people have to do without their leisure time activities. Unfortunately, in this context, this also applies at the expense of those who [normally] are professionally on the move," replied Braun.