The 2016 bombing raised worries about far-right violence against Muslims. The former anti-Islam Pegida supporter expressed regret for his actions before Friday's verdict. 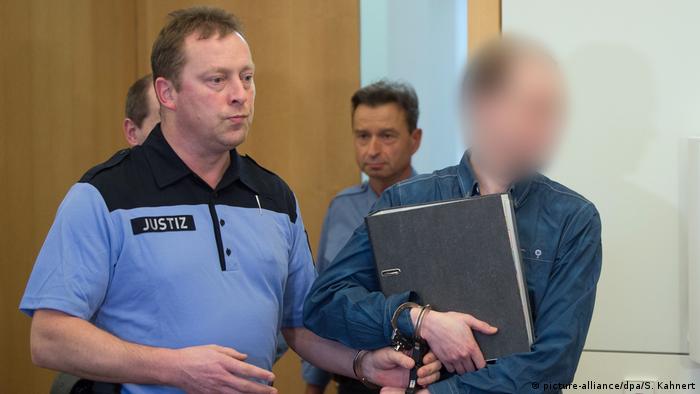 A German court on Friday sentenced a right-wing extremist to a nine year and eight month prison sentence for bombing a mosque in Dresden nearly two years ago.

Nino K. was convicted of attempted murder, producing an explosive device and attempted arson, among other charges.

On September 26, 2016, the former member of the anti-Islam Pegida movement detonated a pipe bomb at the Turkish Fatih Mosque in the eastern German city.

No one was hurt. However, the imam and his family were in their home within the mosque complex at the time of the blast. Later that evening, Nino K. detonated another bomb on the roof of the Dresden Congress Center.

The bombings caused widespread worry about far-right violence against Muslims at a time hundreds of thousands of refugees were arriving in Germany.

The 31-year-old confessed to both crimes and expressed regret for his actions before Friday's verdict.

Nino K. had appeared at Pegida demonstrations in Dresden. Around a year before the attacks he had held a speech from the stage of a Dresden demonstration condemning Chancellor Angela Merkel for "treason against the people."

The man who prompted police to hold reporters for questioning during a far-right demonstration in Dresden no longer works for the state police. The case raised questions about far-right reach within law enforcement. (30.08.2018)

The streets of a Berlin neighborhood were filled with people protesting the recent displays of anti-immigrant hate in Chemnitz. Their march coincided with fresh protests in Chemnitz. (30.08.2018)