Children of anonymous sperm donors in Germany have the right to demand the identity of their biological father. Germany's Federal Court of Justice has said everyone has a right to know who their father is. 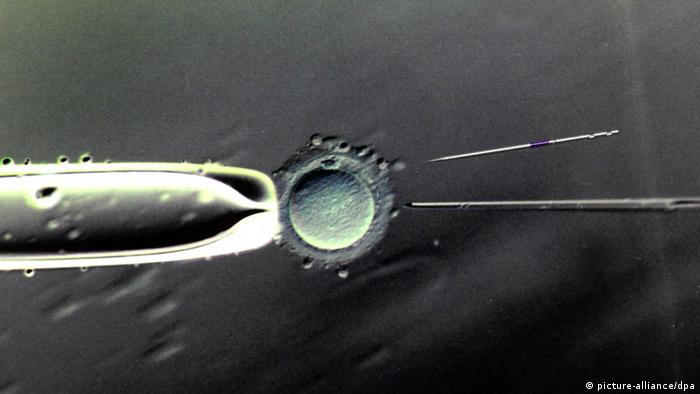 Germany's Federal Court of Justice relaxed rules for revealing identities of sperm donors on Wednesday, making it easier for children trying to find their biological fathers. The court ruled on Wednesday that "a minimum age was not necessary" for disclosing a sperm donor's identity.

Legal parents of these children would also be able to demand information on the identity of the sperm donor "for purposes of informing the child." This would be possible even shortly after the birth of the child, judges said.

Sperm donations in Germany are anonymous to the extent that the identities of the donors are withheld from the legal parents. The reproductive clinic must however archive the donors' names.

In the case of a request for disclosure, the sperm donor would have a right to decide whether he wanted his identity revealed and his right to medical confidentiality would also have to be considered. Nonetheless, the child's right to know their father's identity and therefore about their ancestry was of elementary importance, the court stated.

The new decision came after two sisters, 12 and 17 years old, appealed to the Federal Court of Justice in Karlsruhe after a reproductive clinic refused to provide their father's identity. The girls' legal parents signed a document saying that they didn't want to know the name of the sperm donor.

However, as the children grew older, their parents, acting as the girls' legal representatives, decided to retrieve information on the sperm donor and appealed to the state court in Hannover. The court rejected the appeal and said a disclosure of identity would be possible only after the children turned 16. The girls then took their case to the Federal Court of Justice.

Germany is home to nearly 100,000 children born through the use of sperm donations. The new ruling could have serious implications for sperm donors in the future.

Children would be able to challenge their legal parents once they know their biological father's identity and could also demand maintenance from their biological parent and a right to his property after his death.

What is Egg Freezing?

Oocyte cryopreservation, commonly known as egg freezing, has become more popular among women who desire to postpone childbearing. We talked to Dr. Frank Nawroth about how it works and whether it entails any risks. (07.01.2015)

The European Court of Justice has ruled that egg cells incapable of developing into humans cannot be considered human embryos. The step allows for patents on the use of such cells and for some controversial research. (18.12.2014)