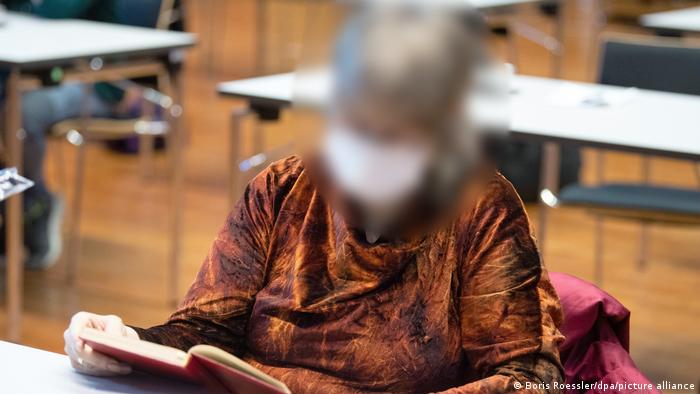 A court in the central German city of Hanau on Thursday sentenced a 73-year-old woman to life in prison for the torture and murder of a 4-year-old child. The crime toook place 32 years ago.

The woman had been the leader of a sect, of which the boy's family was a part, when she committed the crime.

"It is chilling to hear about the things that happened inside your community," said presiding judge Peter Grassmück during sentencing. "We have never experienced anything like it before."

The prosecution stated that her motivation for the murder had been to strengthen her position within the group. She had told members that the boy had been "possessed by evil" and was the reincarnation of Nazi leader Adolf Hitler.

The young boy choked on his own vomit after the woman tied him in a burlap sack and left him in a bathroom with minimal air supply on a hot summer day in 1988.

Read more: Religious couple given 5 years for not taking sick daughter to doctors

Truth emerges after years of cover-up

Investigators had considered the death an accident until 2015 when former members of the sect came forward with new information.

During the almost yearlong investigation, witnesses spoke of the sect leaders strict rule and the suffering of the boy, as well as other children. They also told the investigators about emotional abuse, brain washing, and psychological and physical violence inside the group.

The former sect leader had pleaded for acquittal complaining of what she saw as a "smear campaign by former members."

The boy's mother stood by the 73-year-old woman, saying that "she is like a sister and a good friend to me."

She claimed that the sect leader and former nurse had always treated the children in a loving and caring way.