In light of recent marches by the controversial PEGIDA movement, Germany's Central Council of Jews (ZdJ) has come to the defense of Muslims in Germany. Chairman Josef Schuster has warned to not underestimate the group. 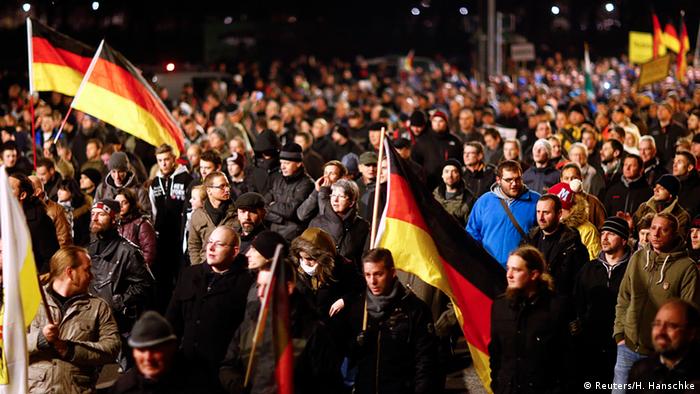 The newly-elected chairman of the council, Josef Schuster, said in Saturday's edition of the German newspaper Die Welt that fear of Islamistic terrorism is being "exploited" to vilify an entire religion. "This is completely unacceptable," said Schuster.

"Of course Islamist extremism needs to be taken as seriously as other extremist trends," he said, "But the security authorities have long been aware."

To draw the conclusion from so few Islamists that Islam is going to become Germany's state religion, is "as absurd as when we conclude that, due to the existence of right-wing extremism, the Nazi dictatorship will be rebuilt tomorrow," Schuster added.

At the same time, however, Schuster expressed his deep concerns over the demonstrations led by PEGIDA, which loosely translates as the "Patriotic Europeans Against the Islamization of the West," and warned against underestimating the movement. They are "immensely dangerous," he said. 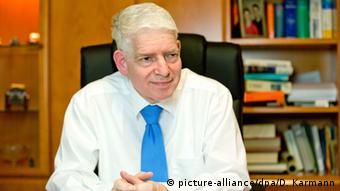 "Here, neo-Nazis, parties from the far-right and citizens who think that they can finally let out their racism and xenophobia are all mixed together," Schuster said.

PEGIDA's largest demonstration to date took place on Monday evening in the eastern German city of Dresden. Some 15,000 people took to the streets to demonstrate against islamization and Germany's immigration system. Nearby, however, about 6,000 counter-protesters - made up of civic, political and church groups - marched under the banners "Dresden Nazi-free" and "Dresden for All."

How Saxony's government plans to compete with PEGIDA

As the anti-Islamization PEGIDA movement gains momentum, Saxony's political establishment is on the defensive. The interior ministry has turned to Twitter to boost support for asylum-seekers in the eastern German state. (19.12.2014)