The prophets of climate doom may dominate the country's television screens, but many German companies are beginning to look to the profits that could be made from beating the threats posed by climate change. 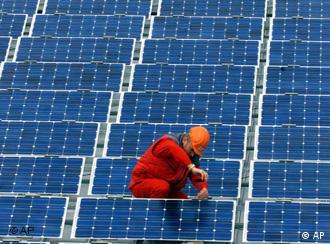 German Federal Environment Agency head Andreas Troge said over the weekend that Germany should start spending 4 billion euros ($5 billion) a year in the fight against global warming in order to avoid costs 20 times that amount within a generation.

"If we are to halt global warning, we have to cut the emission of greenhouse gases by 80 percent by 2050," Troge told the mass circulation Bild newspaper.

Germany's vibrant eco-industrial sector could potentially benefit from these measures. According to Munich-based business consultancy Roland Berger, Germany -- already the world's top exporter -- could experience an export-led boom in providing environmentally-friendly technology to the rest of the world.

Speaking to the daily Frankfurter Allgemeine Zeitung, company head Burkhard Schwenker predicted turnover of a trillion euros for the green sector by 2030, much of it in exports.

Germany is a world leader in green technologies that range from hi-tech refuse sorting to solar power cells. Almost half the world's wind turbines contain German technology and every third solar cell carries the "Made in Germany" stamp.

Environment Minister Sigmar Gabriel, who has commissioned an eco-atlas from Roland Berger, believes a "third Industrial Revolution" is under way, with Germany in the lead. 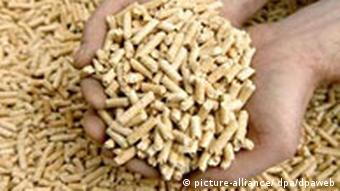 Alternative energy sources, such as wood pellets, are gaining currency

His comments appeared to be supported by data from the Association of Renewable Energy, which estimated that its members exported to the tune of 6 billion euros last year, 30 percent more than in the previous year.

Roland Berger consultants expect greater changes, forecasting that by 2020, more families would be living off the income provided by green-tech than from machine tools or vehicle production -- long the mainstays of the German economy.

Environmental technology already employs a million people, according to a survey by the company, and competition for skilled personnel is stiff.

German companies have been eyeing China with special interest. China's energy needs are estimated to be rising by 20 percent a year, and the population is suffering from the polluting effects of inefficient coal-fired electricity generation. Huge opportunity beckons for providers of coal-based clean power.

Germany is the world leader in generating electricity from low-quality lignite (brown coal) and in cutting the harmful emissions. 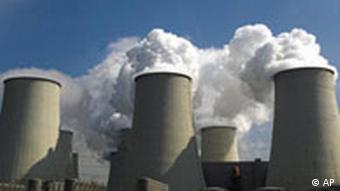 Germany is a leader in cutting the harmful emissions of coal

Gabriel is to present his eco-atlas at the G8 summit to be hosted by Germany in the northern resort of Heiligendamm in June.

As the German chancellor takes the moral high ground, executives of German green-tech firms will have their eyes firmly on the turnover figures.

EU Urges Germany to Do More to Combat Climate Change

A day after a bleak report on global warming and its potentially devastating effects was published, Germany and the EU are at loggerheads over whether Europe's largest economy is doing enough to lower greenhouse gases. (07.04.2007)