The four German parties seeking to form a government will focus their coalition talks this week on defense policy. As on other matters, they don't see eye to eye when it comes to military issues. 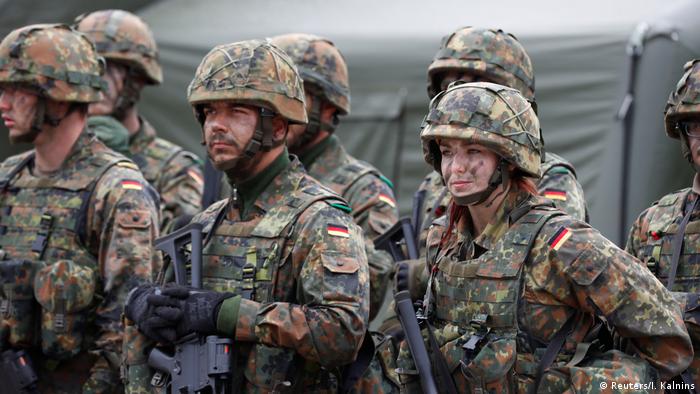 What security policies will Germany pursue over the next four years? Will it upgrade its military, the Bundeswehr, or be more restrained on defense matters? The four parties hoping to form a government coalition – the Christian Democrats (CDU), their Bavarian sister party the Christian Social Union (CSU), the Free Democrats (FDP) and the Greens – voiced different positions during the election campaign, positions bound to be explosive in the upcoming talks on security and defense.

The military budget is a main sticking point. Over the past several years, defense spending has continued to rise, reaching 36.6 billion euros ($ 42.6 billion) in 2017. Quite enough for a 180,000 soldier-strong military, according to the Greens. Of course the Bundeswehr should be well appointed, they added, arguing that doesn't mean more defense spending but rather using available funds more efficiently. Taxpayer money should not be wasted, in particular where costly munitions are concerned, the party said. In a nutshell: the Greens, a party that grew out of environmentalist and anti-war movements, oppose increasing military spending.

Billions more for the Bundeswehr?

Chancellor Angela Merkel's conservative Christian Democrats have headed the Defense Ministry for 12 years, so they duly avoid discussing wasted taxpayer money and arms projects in one breath. Instead, they praise Defense Minister Ursula von der Leyen's achievements: more personnel, improved equipment and an increased budget for the troops. This is the course they want to pursue, with just a few adjustments. 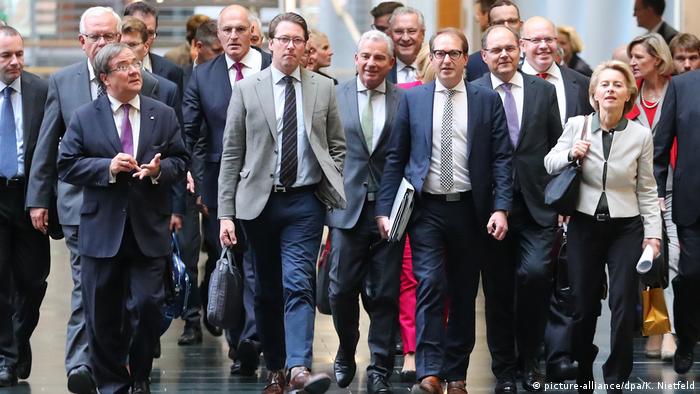 Apart from fulfilling its international duties, the CDU wants the Bundeswehr to focus on defense in an alliance and national context, which would call for additional investments. Preventing cyberattacks is just one of the issues at stake.

Both the CDU and the CSU have an eye on the goal agreed on within NATO that foresees a step-by-step increase of military spending to reach 2 percent of GDP by 2024. Germany is still far from that goal; current defense spending is at about 1.2 percent of GDP, according to statistics from the Stockholm International Peace Research Institute. The figure would have to increase by billions of euros every year to reach the 2 percent mark. It is a goal von der Leyen, who would like to stay on as defense minister in a newly-formed government coalition, has firmly in her sights.

Germany must fulfill its obligations to its partners in the alliance, von der Leyen says, adding it's a matter of reliability. Increasing the defense budget would give politicians more latitude to upgrade equipment and purchase arms, including weaponized drones – a plan the Greens vehemently oppose. The Greens will be scrutinizing the results of the coalition talks at their November 25 party convention. The party is of the belief that that non-military conflict prevention must be strengthened instead defense spending.

The liberal FDP in its election campaign program pledged itself "unreservedly" to NATO, saying the party backs the alliance's decisions "to the full extent," including an increase in military spending through 2024. They, too, are critical of the time and money squandered in the purchase of military equipment in the past, demanding these shortcomings must be set straight. The party suggests saving money by cooperating with other European nations when developing or purchasing military goods – a logical step on the way to a European Army under a joint command. Of the four parties negotiating a coalition government, the FDP is the only one to explicitly urge creating a European Army. 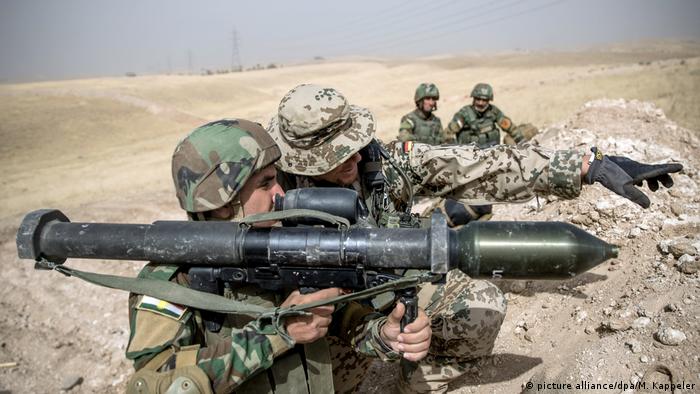 Should the "Jamaica" coalition materialize, what will the Bundeswehr's priorities be in the future?

The Greens are promoting a "culture of military restraint" that would demand a UN mandate for international Bundeswehr missions. Currently, the Bundeswehr's training mission for the Kurdish Peshmerga in northern Iraq and participation in the fight against the so-called Islamic State are not based on a UN mandate. The Greens say missions set into motion by no more than a multi-national "coalition of the willing" are unconstitutional.

The FDP on the other hand suggests economically sound Germany should take on more responsibility abroad. The party would like to facilitate Bundeswehr participation in NATO and EU missions by loosening the so-called "parliamentary prerogative" - the necessity to consult parliament in German military assignments abroad.

The Greens feel parliament should have more, not less of a say in Bundeswehr foreign missions, and the CDU has so far kept mum on the issue. CDU, CSU, FDP and Greens negotiators still have plenty of talking to do

Weapons sales to areas of conflict

The controversial issue of arms exports has the FDP and the Greens moving more closely together: both parties are opposed to arms sales to areas of conflict. Such sales are prohibited by existing arms exports guidelines, but the rules have been handled loosely enough in practice to allow German tanks to be sent to Saudi Arabia and handguns to Mexico.

The FDP wants to put an end to such exports in the future, in order to make sure that unstable regions don't become even more unstable.

The Greens, too, demand that arms sales to countries where severe human rights violations occur must be "forbidden by law, with no exceptions." The party would also like to see control over arms exports transferred from the Economics Ministry to the Foreign Ministry.

Both parties demand creating an arms sales law with binding criteria – an issue likely to be met with disapproval from the CDU and CSU. Another matter bound to be met with little acceptance from the conservative parties is the Greens' demand that the United States withdraw its remaining nuclear arms from German soil.

The FDP made that very same demand when it was the smaller partner in a government coalition with the conservatives from 2009 to 2013. The nuclear weapons remain stockpiled in Germany.