Two Catholic hospitals in Cologne declined to give emergency contraceptives to a rape victim. The archbishopric in Cologne has now changed its mind - and has also shown an impressive capacity for contraceptive nuance. 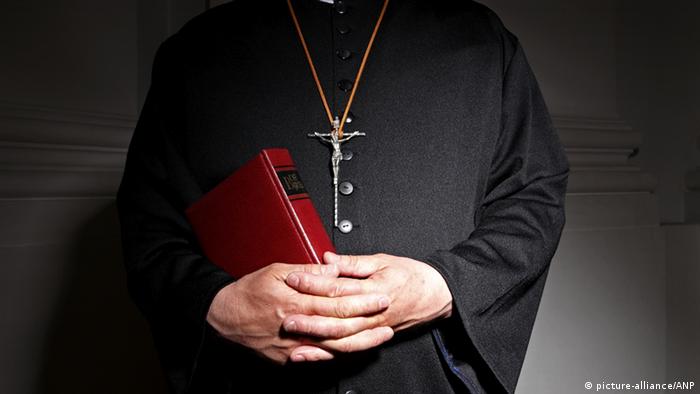 That the Catholic Church intends unequivocally to protect conceived life is nothing new. What has changed is how Cologne Cardinal Joachim Meisner approaches the "morning-after" pill.

Through his spokesman Christoph Heckley, the Cardinal issued a personal explanation on Thursday (31.01.2013) which read: "If, after a rape, a supplement is used with the intend of preventing fertilization, that is in my view justifiable." Heckley reiterated once again, however, that everything which is abortive in nature is not allowed.

Cardinal Meisner's change of heart is the result of consultations with specialists. He now understands that certain forms of the "morning-after" pill prevent conception and are not technically abortive. This suggests that the Cologne church leader previously believed that all kinds of pills which could be taken by a woman after intercourse prevented an already fertilized egg cell from implanting in the uterus.

The pill's effect is, in medicinal jargon, "anti-ovulatory." It prevents ovulation and thus the chance that an egg cell will be fertilized, resulting in conception. The active hormonal ingredient, levonorgestrel, is comparable to traditional birth-control pills but is simply taken in higher, post-coital doses. 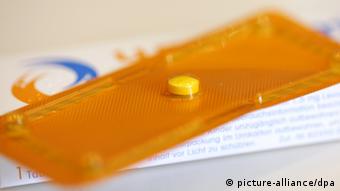 The morning-after pill has been accompanied by controversy

"The Catholic Church already had a problem with that one," says Antonio Autiero, a professor of moral theology at the University of Münster, in a reference to the traditional pill. "Artificial contraceptives" have been prohibited by the Catholic Church ever since Pope Paul VI published an encyclical, "Humanae Vitae," in 1968. "Nothing has changed doctrinally to this day," Autiero said.

When does life begin?

Yet what happens when ovulation occurs just before unprotected sex and the pill's "anti-ovulation" effect doesn't serve its purpose? Then the pill's "anti-nidative effect" comes into play, preventing the fertilized egg from settling on the surface of the uterus. "Whether the morning-after pill inhibits ovulation or nidation, it still lacks a final safety mechanism. If that's the case then we're heading more toward abortion," Autiero said.

"The doctrinal outlook is very clear in that the fusion of egg and semen cells constitutes life and human dignity. That is why it is seen as a form of abortion when one prevents fertilized egg cells from nidating," Autiero said.

Abortion, or the ending of human life - even a life so tiny - is something with which the church doctrine can find no accord. "There's no room for discussion within Catholic doctrine," Autiero said. The termination of a pregnancy would never be carried out at a Catholic hospital - not even in the first few hours or days of a pregnancy.

Or that is the principle, at least. So are there exceptions? What happens in cases of extreme bodily harm or emotional emergencies, such as when a woman has been raped?

"For the church the answer is clear," Autiero said. "Abortion and contraception are condemnable in and of themselves, and there is no situation where they can be ethically justified." 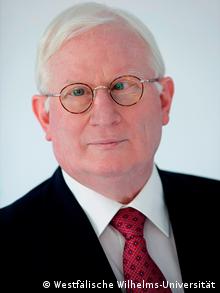 Antonio Autiero: Nothing has changed doctrinally

This "normative ethic," which allows no exception to the highest principles, has "radicalized" over the years, he said.

Yet in moral theological science there is also an ethical counterweight that "depends on objectives and the context of an action." And this is where, beyond the untouched highest principles, even more questions come into play.

They relate to concrete medicinal and emotional situations, human empathy, companionship, one's own conscience and professional ethics. "Are we a church of ethics or are we a church of compassion?" Autiero asked.

The cardinal's new position gives a sense of clarity to the work of Catholic hospital doctors. Previously they had feared that they would be drawn into conflict with their employer.

In all likelihood they would have previously found themselves in situations where they would have had to discuss the morning-after pill with patients - something that would have been difficult for them to justify to their hospitals before Cardinal Meisner's recent clarification.

As for the treatment - or lack of treatment - two Catholic hospitals in Cologne gave to the allegedly raped woman, Meisner had already apologized publicly. "This incident shames us deeply," he said, "since it contradicts our Christian duty and self-image."

Thousands march in support of gay marriage in France

Thousands of pro-gay rights demonstrators have gathered in Paris to show support for gay marriage and adoption legislation. The rally comes two days before a parliamentary debate on the heated issue. (27.01.2013)

It was supposed to provide a great deal of enlightenment on the Catholic Church's abuse scandal. But now, researchers and bishops are parting ways after a bitter disagreement over a report on the affair. (10.01.2013)